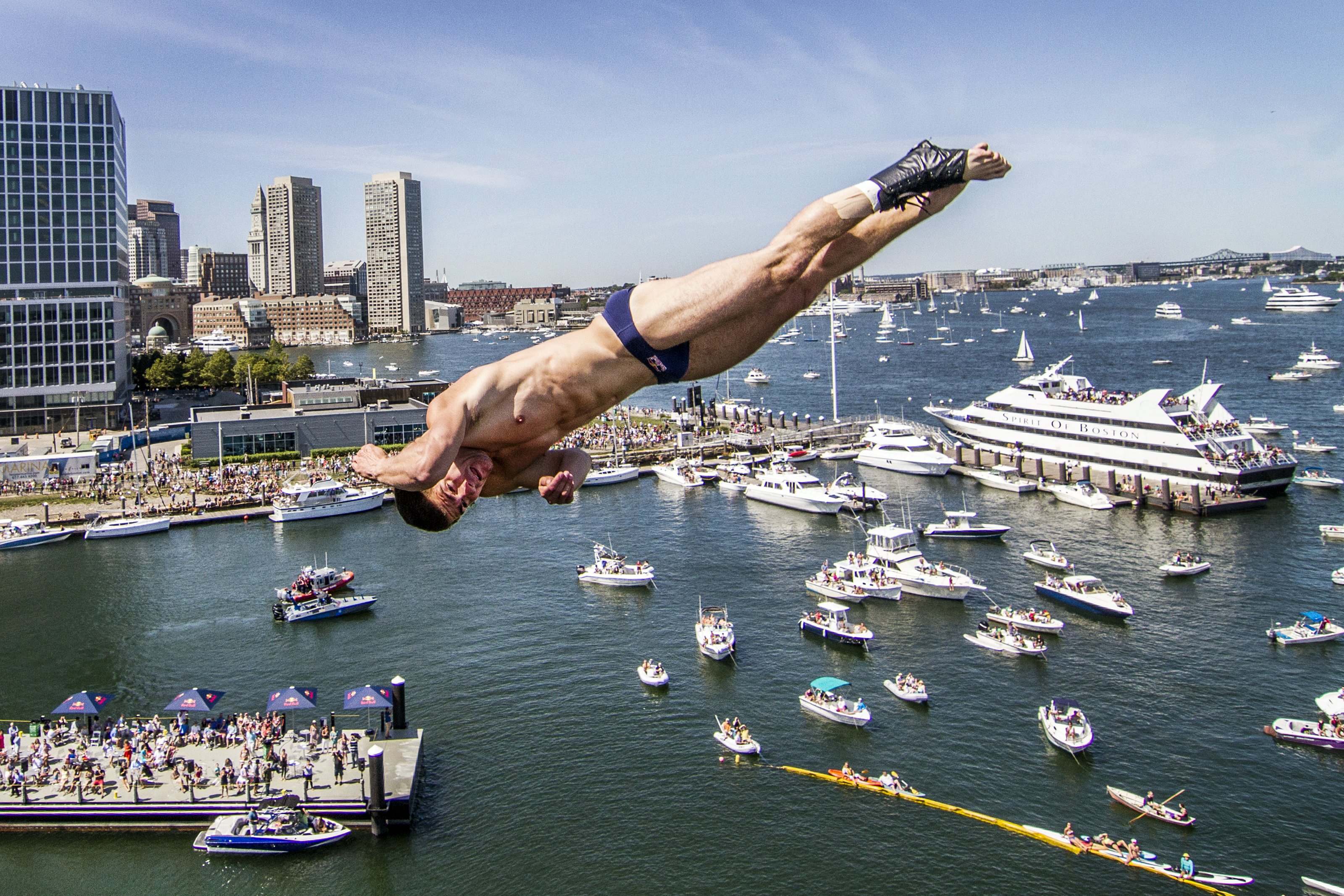 Take Olympic-level diving and multiply that by three — that’s the extreme nature of the Red Bull Cliff Diving Series.

After a nearly decade-long hiatus, the Red Bull Cliff Diving World Series competition is kicking off in Boston, Mass., on Saturday, June 4, 2022.

The Red Bull Cliff Diving World Series is an annual international cliff diving competition making stops in some of the world’s most iconic and breathtaking locations. Twelve men and 12 women will push the boundaries of their sport in the series’ only North American tour stop: the top of the Institute of Contemporary Art into the Boston Harbor.

The height of the cliff diving jump at the ICA in Boston is 70-90 feet (21-27 m) — almost three times the Olympic Diving height. Athletes will hit the water in excess of 53 mph (85 kph), about 2.6 seconds after leaving the platform.

U.S. athletes competing in Boston include: Ellie Smart (permanent diver, meaning she will compete at each spot on the tour) and wildcard divers Genevieve Bradley, Meili Carpenter, Andy Jones, and David Colturi.

How to Watch: Event Schedule

*All times are in Eastern local time.

Other stops later in the tour include locations in France, Denmark, Norway, Italy, and Australia.

Stay Warm with the 5.11 Tactical Thermees Insulator Jacket
Put The Wild In Your Wildlife Photos
Women’s Stratos Full Zip Underlayer by 5.11 Tactical
Your Best Photo Of 2022 Winner Robert Henderson
Photo Of The Day By Kathy Ritter