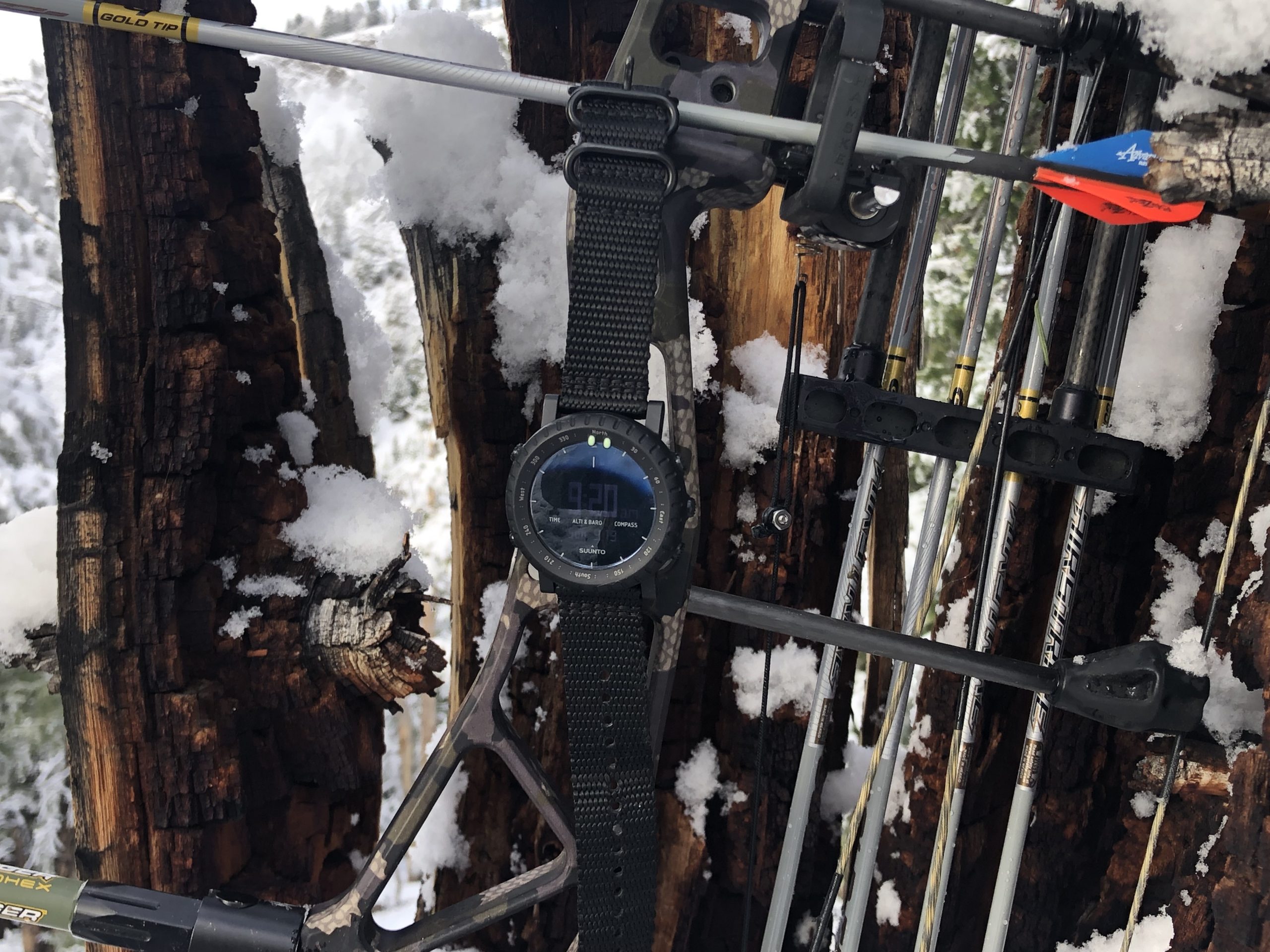 Suunto’s new Core Alpha Stealth watch’s stated purpose is “a tactical watch for all-round use”.  The more “tactical” feature that sets it apart from the normal Suunto Core is that its red illuminated mode allows for both preserving your natural night vision when illuminated, as well as being visible through IR nightvision devices.  Like all Suunto Core watches, it is 30m water resistant, and features an altimeter, barometer, compass, sunrise and sunset times and weather functions such as a storm alarm.  The Core series has also passed Mil-Std-810 tests, and is made in Finland.

I came into the review already very familiar with most of the Suunto Core features, being that I’ve used them for years.  They’ve survived extremely rough use in the outdoors doing wildlife habitat rehabilitation, ranching, skiing, hunting, and free diving.  Dust, snow, extreme cold and heat do not seem to phase the watch at all, and I’ve yet to crack a Core watch face.  I think of the Suunto Core as a tough, reliable, compact little watch with great features for hunting off the grid.   The sunrise/set times have helped me make legal shots on the margins of shooting hours during hunting season.  The storm alarm is a very useful feature when working in deep canyons where one cannot see a lot of sky or the horizon, and has helped me get to shelter when severe weather is approaching.  All of these features are accessible via a very simple user interface of a few physical buttons on the outer rim of the watch.