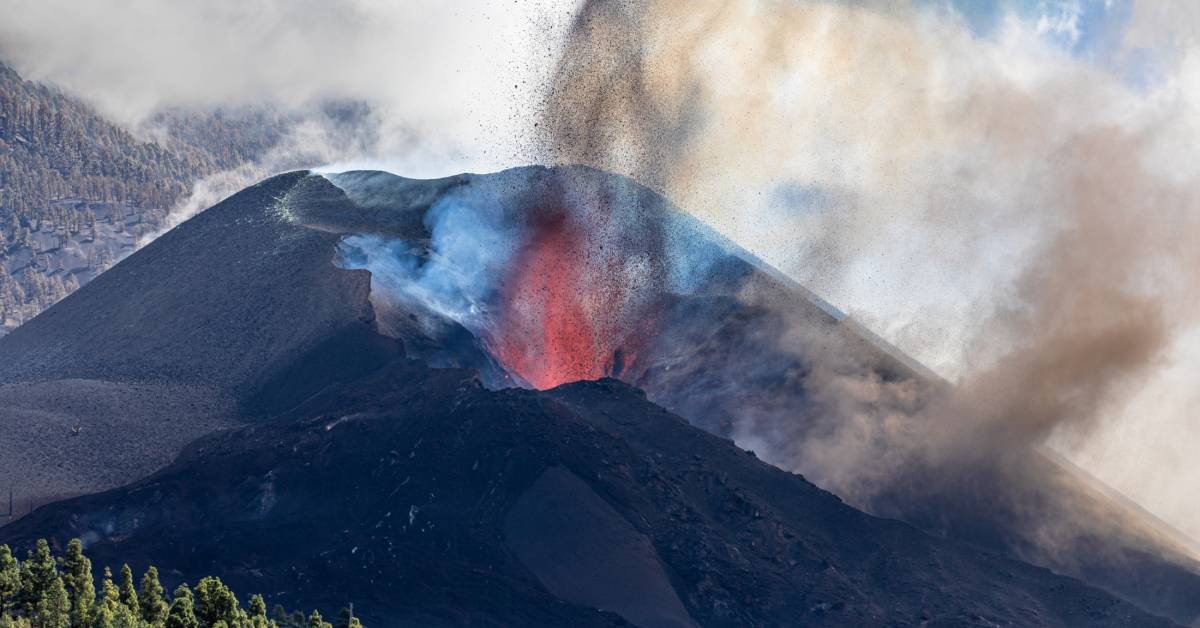 A weekly wrap-up of adventure news. From the inspiring to the tragic, here’s some of what you missed and a few things to look forward to.

On Saturday, vulcanologists declared the violent Cumbre Vieja volcano inactive after 3 months of hyperactivity. Cumbra Vieja began spewing lava and ash on Sept. 19; it leaves unfathomable damage in its wake.

The lava engulfed a litany of homes and community buildings. It also hindered tourism and events like the Transvulcania Ultra. Perhaps most devastating is the havoc on La Palma’s banana plantations, which provide around 50% of the island’s economy.

Drone Down! This Is What Happens When You Fly Into an Active Volcano

Bjorn Steinbekk livestreamed the volcanic eruptions in Iceland for 12 hours. And for the big finale, he went out in a literal blaze of glory. Read more…

On Thursday, Dutch cycling star Amy Pieters endured a catastrophic wreck during a training ride in Spain. The SD Worx rider was airlifted to a hospital where she underwent surgery to alleviate pressure on her brain.

Her condition was declared stable as of Friday, but the three-time Madison world champ will remain in a medically induced coma until early this week. Pieter’s attending physicians will assess the extent of the possible damage once she is conscious.

In addition to her many international track cycling titles, the decorated 30-year-old became the Dutch national road cycling champion earlier this year.

The GearJunkie staff extends its best to Ms. Pieters and those closest to her at this time.

Elite sport climber Anak Verhoeven ticked two of Spain’s hardest routes last week. First with “Joe Blau” 5.14c and then with “Joe Cita” 5.14d. Neither grade is a first for the 25-year-old Belgian (she’s championed at least a dozen 5.14+ lines), but both are among Europe’s most classic single-pitch lines, fabled for their striking appearance and overhung, technical features.

Notably, Verhoeven became the first woman to claim a 5.15a first ascent with her redpoint of “Sweet Neuf” in 2017.

The most powerful space telescope in the world has finally reached outer space. After more than 25 years of preparation, scientists launched the James Webb Space Telescope in the early hour of Dec. 25.

“A joint effort with [the] European Space Agency and the Canadian Space Agency, the Webb observatory is NASA’s revolutionary flagship mission to seek the light from the first galaxies in the early universe and to explore our own solar system, as well as planets orbiting other stars,” stated NASA.

Crested Butte’s fabled Alley Loop Nordic ski marathon will include a new team competition in 2022. And heads up — the team prize purse will total $11,100.

The Club Clash is open to all levels of experience. Cash payouts go to the top five teams, and the gold medal group takes home $3,600.

If your teenage skier is ready to transcend mere mortals on the slopes, consider Bode Miller’s new academy. Read more…