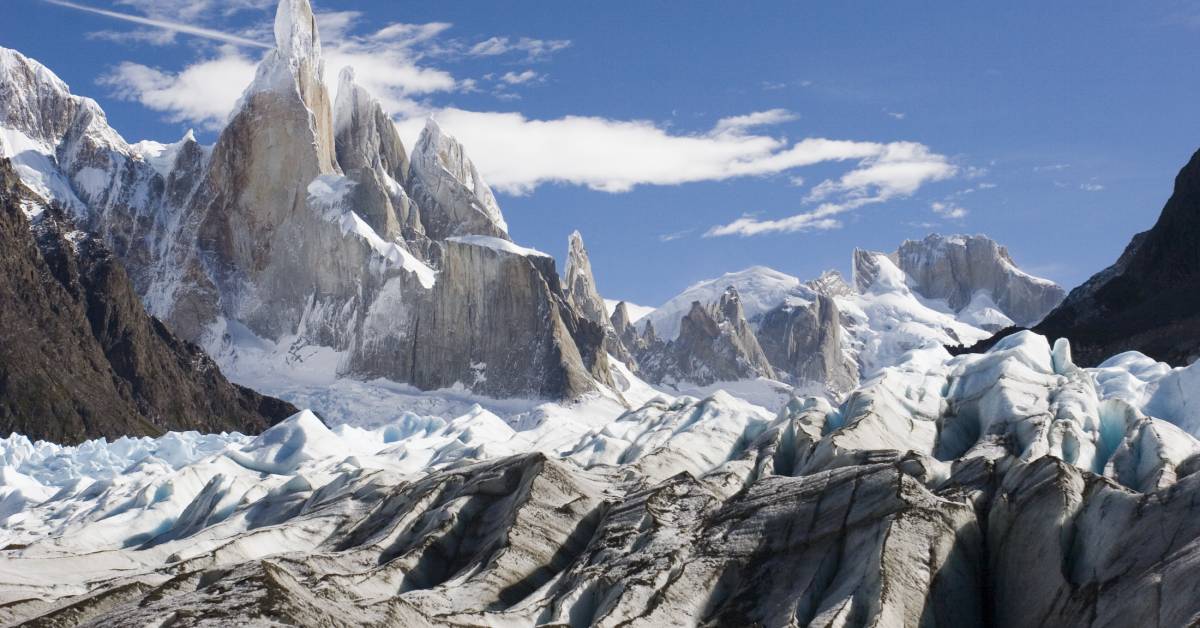 At dawn, an avalanche hit Argentine mountain guide Tomas Aguilo and his partner, Corrado Pesce of Italy, on Cerro Torre. The duo was descending after opening a new route on the east face.

This breaking story was originally published on Explorersweb.

Both suffered multiple fractures. Pesce is gravely injured. He has a fractured pelvis and can’t move.

Aguilo also had several fractures, but he was able to rappel down. He left Pesce in a small shelter on the wall, called the “Box of the English”. Aguilo texted for help via his InReach device.

The subsequent rescue involved more than 30 people from National Parks, police, and volunteers from the El Chaltén Rescue Commission. Volunteers included the German climber Thomas Huber, as well as a Swiss climber and two Austrians.

An Argentine army helicopter evacuated Aguilo from the mountain. Conscious but in a state of shock, he was transported by ambulance to a hospital.

The weather has worsened in the last few hours. It is windy, rain is pelting down, and the ceiling has lowered, making it impossible to rescue Corrado Pesce.

Authorities have called off their efforts until the weather improves. The chances that Pesce can survive his already borderline hypothermic state are not good.

In recent days, the temperatures in El Chaltén have been too high, triggering constant avalanches.

Pesce is one of the best climbers in the world and has pushed forward the standards of alpine climbing.