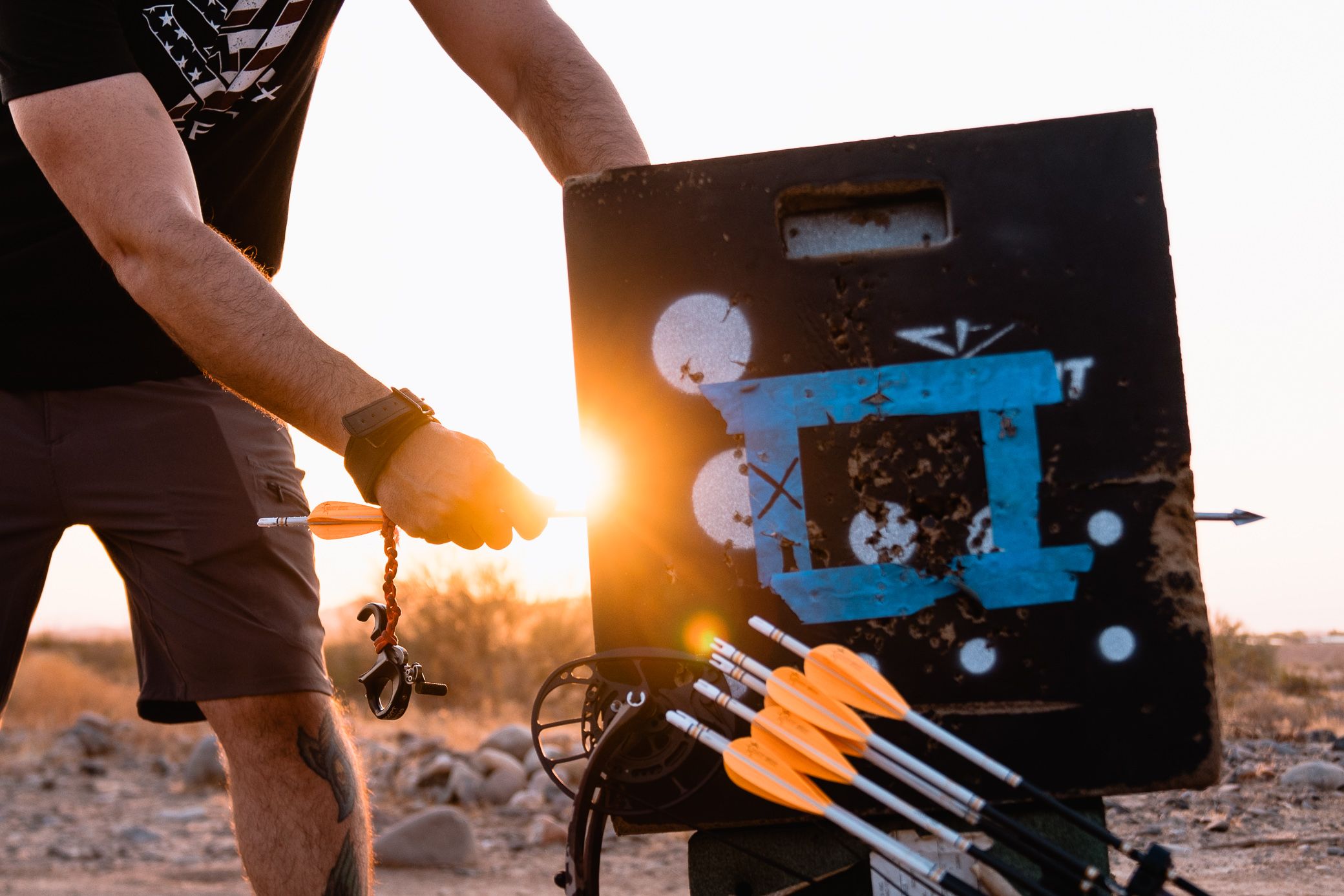 Archery release aids are an indispensable tool for all but the most traditional bowhunters. Here we lay out the best archery releases of 2022.

Release aids in bowhunting require a very “hands-on” experience. What may work and feel the best for one hunter and their overall style, might be awful for the next. Few people have enough time or budget to try every release on the market though.

In light of that, we’ve rounded up the best of the best. And more particularly, what we believe is the best for all things bowhunting. Not only do these cater toward accuracy, but they are practical for being in the field.

Scroll through to see all of our recommended buys or jump to the category you’re looking for. At the end of our list, be sure to check out our buyer’s guide.

The Best Archery Release Aids for Bowhunting of 2022 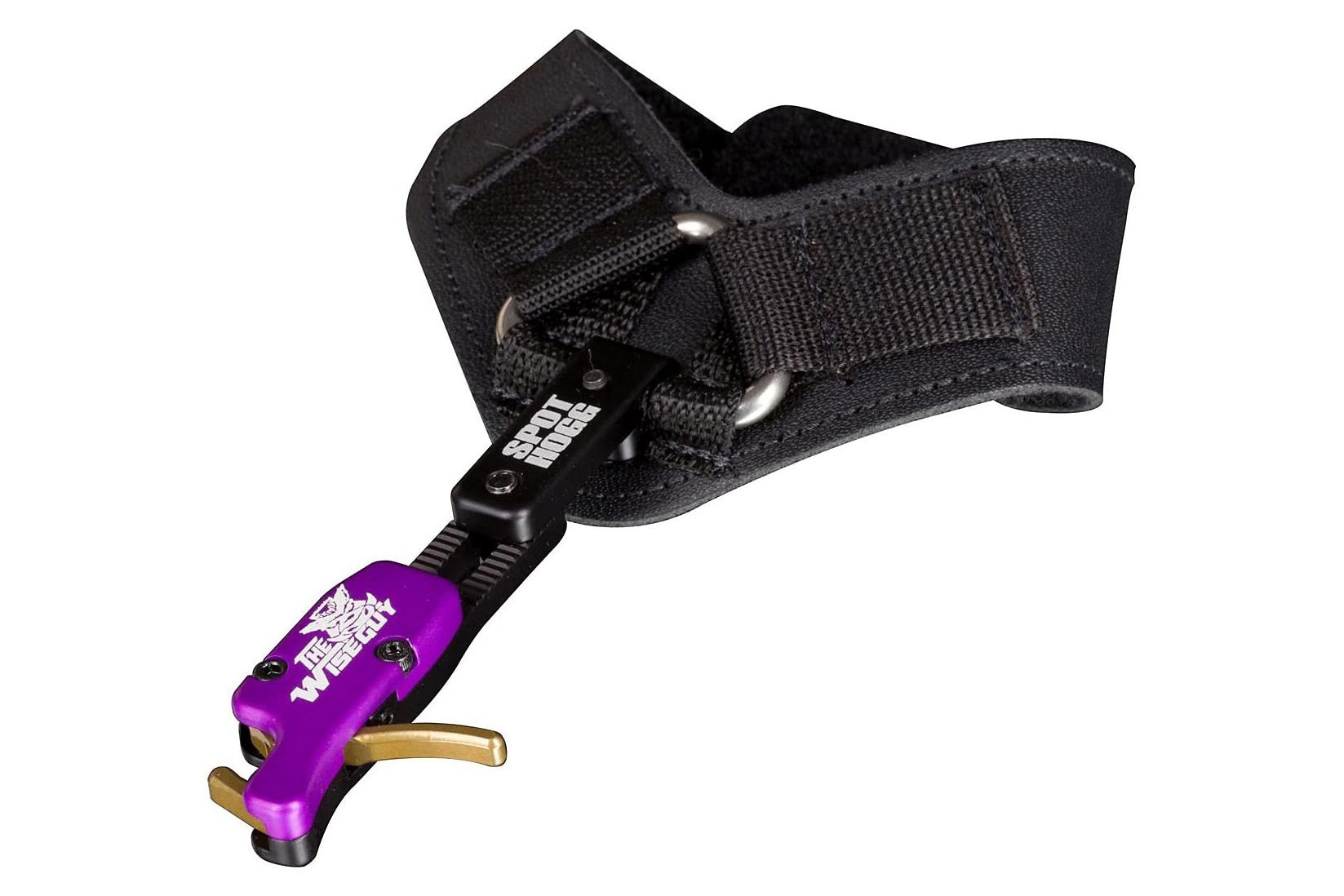 If there is one archery release aid to own the spot of “best overall,” it’s hands down the Wiseguy ($129) from Spot Hogg. Available in both rigid and nylon versions, as well as several options for buckles like the Cameron Hanes Keep Hammering version, the Wiseguy has remained a favorite among bowhunters across the country for good reason.

The Wiseguy comes equipped with a self-reloading hook that is connected to an incredibly light adjustable trigger with zero travel. In a nutshell, this system screams efficiency when you need it most.

Because of the ease of use and dependability, this release would do well in any condition on any hunt for any animal. To me, this is the best of all worlds when it comes to archery release aids. 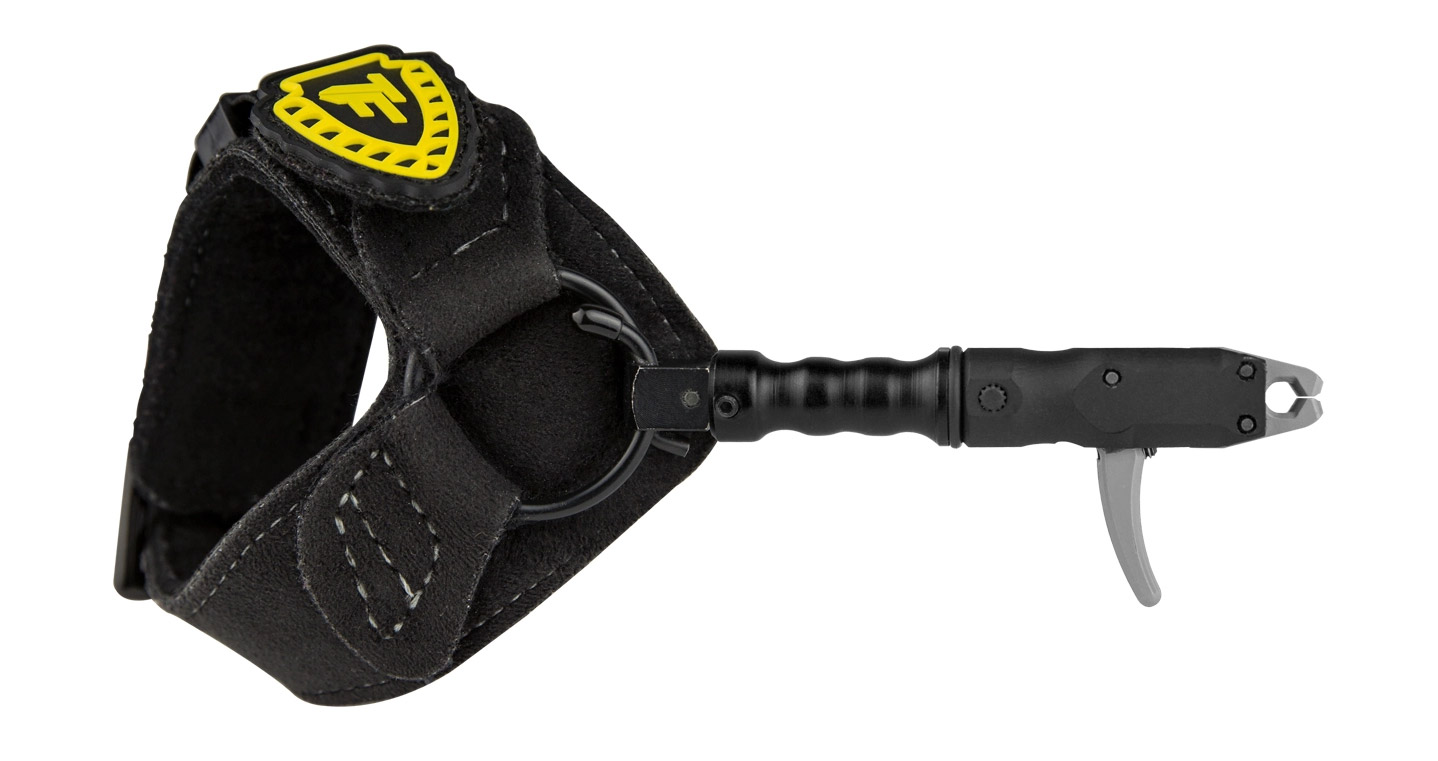 Tru-Fire is no stranger to the archery release world. For those on a budget that don’t want to sacrifice quality, the Tru-Fire Smoke Buckle Foldback ($49) is hard to beat.

This dual-caliper release features a forward trigger promoting a smoother release and can be adjusted for both left-handed and right-handed shooters. Bowhunters will also benefit from the comfortable wrist strap and the adjustable trigger travel.

And to cap it all off, the Smoke has a handy foldback feature that allows you to fold the barrel of the release back and out of the way of your hand. It’s about as good as it gets for not a whole lot of coin. 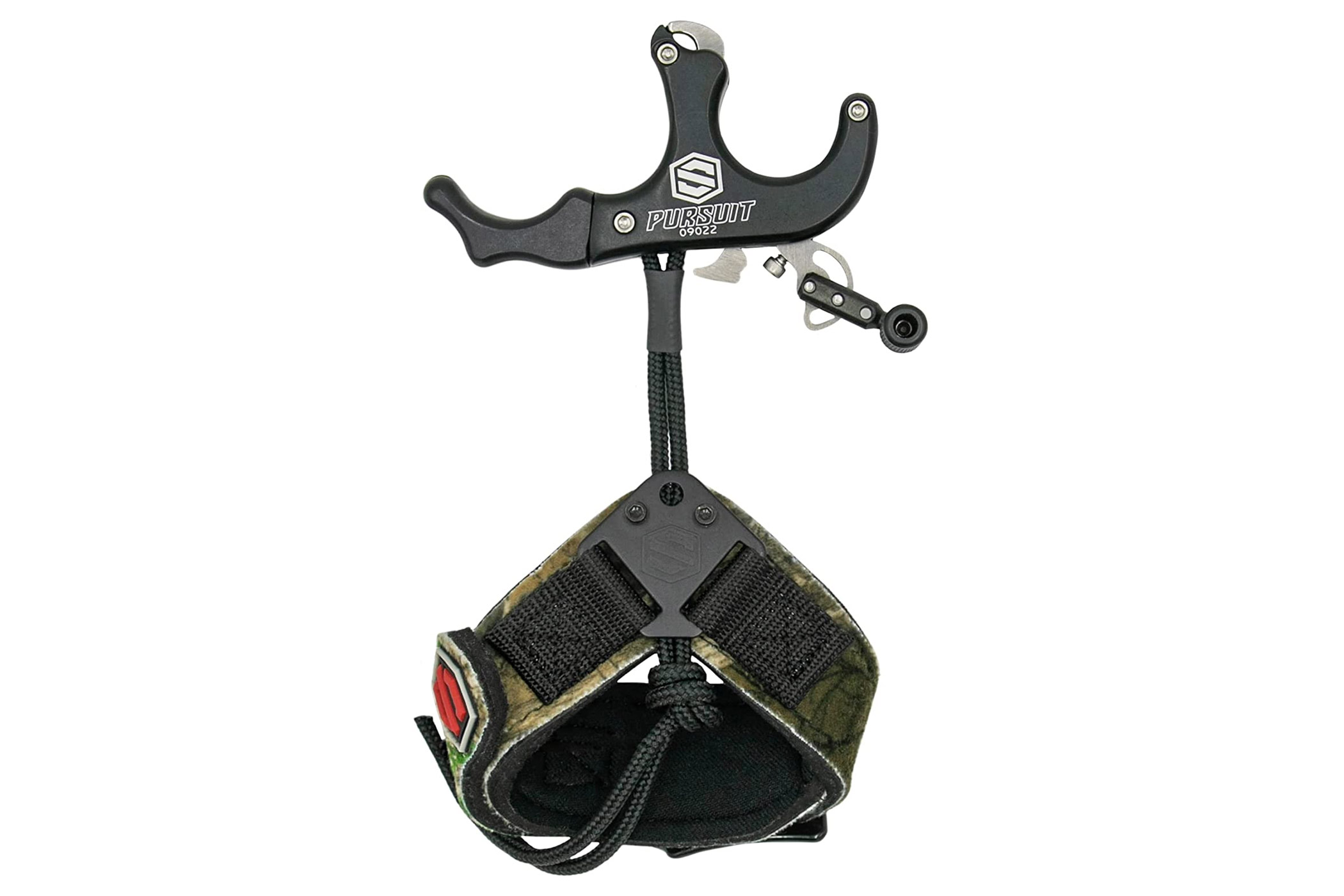 When it comes to sneaking inch by inch closer to that bedded buck, efficiency is everything. The Pursuit ($150) by Scott Archery is the perfect addition for spot and stalk bowhunters.

The Pursuit combines the practicality of an index finger release with the precision of a thumb release. This handheld release has an ergonomic handle with a fully adjustable trigger position and trigger travel to give the feel you want.

The target-inspired multi-sear technology makes that trigger about as crisp as they get as well. To add to the customization, the pursuit comes with three- and four-finger extensions.

And because of the wrist strap, you won’t be fumbling around looking for your thumb release in the field. The Pursuit is always there and at the ready.

Best Release for Sitting in a Treestand: Carter Wise Choice

There is an incalculable amount of hours that bowhunters spend sitting in a tree each fall. All those hours come down to one moment and the Carter Wise Choice ($220) will be there time and time again.

Carter has been making top-notch releases for over 25 years, and the Wise Choice has become a favorite among bowhunters. This three-finger thumb release comes in either black, blue, red, or silver.

You’ll also notice it has the option of using a lanyard for your wrist. If that’s not your cup of tea, then the fully closed jaw once cocked will allow you to attach to your D-loop and let it hang at the ready. Read: This is a perfect setup for treestand hunting.

The Wise Choice has both adjustable trigger tension as well as adjustable barrel positions. If sitting in a tree is your style, then this release from Carter would be a “Wise Choice.” 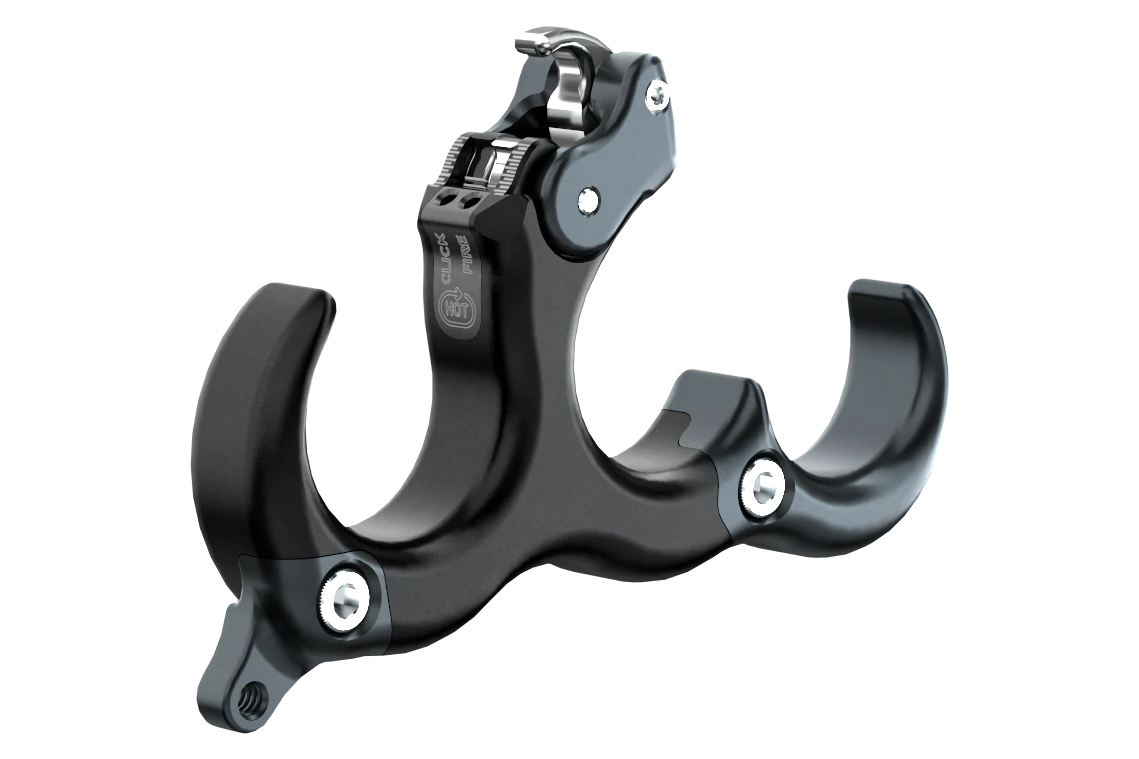 Hinge releases have long been a fantastic remedy for battling the woes of target panic. For hunting though, they’ve never been too practical. Ultraview breaks those boundaries with the Hinge 2 ($250).

The Hinge 2 is absolutely loaded with customization options, from finishes in either anodized aluminum or matte black stainless to two-, three-, and four-finger models and right down to the ability to add on their hunting bracket. The hunting bracket allows a bowhunter to attach a lanyard of their choosing to the release, so it stays on their person at all times.

Another cool hunting feature is its magnetic head. This keeps the head of the release from rattling around and caters to quick D-loop acquisition when time is of the essence. And their new dual moon system allows one to microadjust the timing of both their click and fire moons.

Best of the Rest 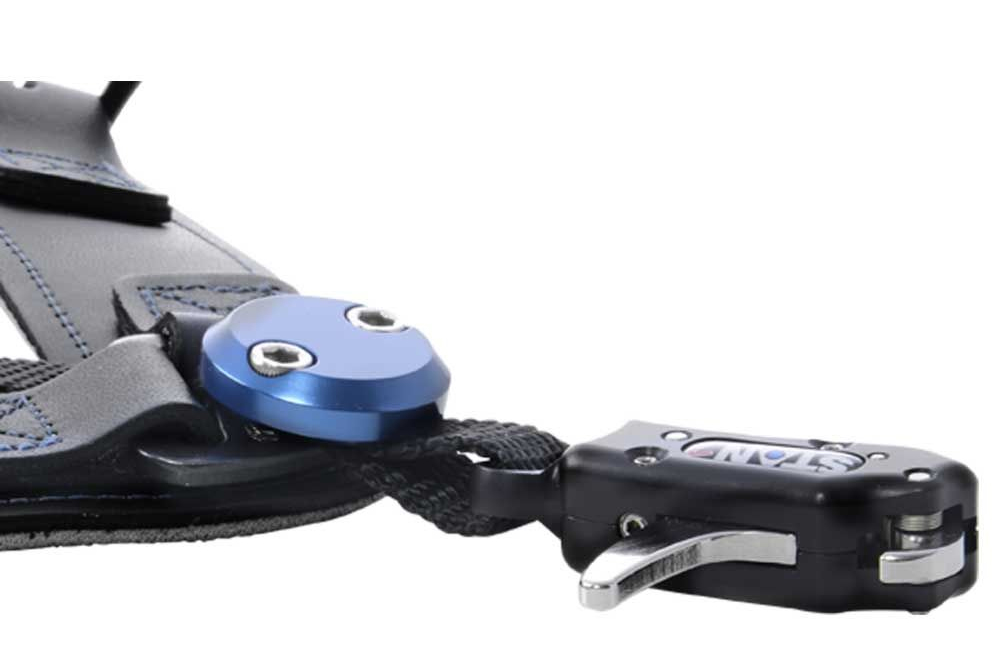 There can only be one Best of the Rest. For us, it was the Stanislawski Xtinction 2 ($150). This reigns at the tippity-top of archery releases for hunting.

Stanislawski is without a doubt a leader in the archery release world, and the brand solidifies that even more with its Xtinction 2. This index-style release comes in both web-connect and hard-connect models. You’ll have the ability to adjust trigger tension, trigger travel, neck length, and body rotation.

The open hook of this release is actually located on the opposite side of your face, which is different than most. This mitigates string pressure on your face, which caters to more consistent accuracy.

And with it being a wrist strap release, it’s with you at all times in the field. It is a great choice for bowhunting in both quality and practicality.

Buyer’s Guide: How to Choose the Best Archery Release

Going through that list, you’ll notice that there are several options for both handheld and index-style release aids. So, on top of just finding the right release for you, this poses yet another question. Should you snag a handheld release or an index-style release?

Both releases are tried and true, but they indeed each have their own pros and cons. Here is a breakdown of each to get you set on the right track.

Index-style release aids are by a long shot the most popular option among bowhunters. If you’re familiar with firing a gun at all, even a toy gun, this will be a pretty seamless transition. Operating this trigger system is nearly identical to that of a trigger on a gun.

These releases attach to your wrist via a buckled or Velcro strap. A very handy feature for field use and one that will make sure your release is always at the ready. The chances of losing one of these are very slim because of this. Along with that, they are incredibly easy to use.

As I mentioned above, it’s virtually the same as the trigger on a gun. Pull the bow back, aim, and pull the trigger. That’s all she wrote. All of this makes these a fantastic option, especially for beginner bowhunters. There are also plenty of seasoned pros that prefer the simplicity of this type of release.

The biggest downside of an index-style release is that they are notorious for instilling target panic in folks. Because they are so easy to use, most don’t actually learn the proper way to use them. Why learn when it’s the same as a gun, right? It’s very similar mentally, but not the same in terms of technique.

Without direction and proper technique, bad habits can form, and boom goes the dynamite. You’ve got the panic. It’s best to try and stay on top of this before it’s an issue.

On the other side, we have the handheld release. As far as what they are, the name really says it all. These are going to be either thumb button, hinge, or resistance releases.

Each one of them operates a little differently, but they are all known for their incredible accuracy. Mostly prevalent in the target world, these have been growing in popularity quite a bit for bowhunting over the last few years.

One of the biggest ups I can personally give handheld releases is their ability to combat the target panic that we mentioned above. This is why I personally believe most bowhunters will naturally end up trying one out. They are a fantastic tool for reshaping the mind and battling the mental demon that is target panic.

Along with this, they each cater much more to achieving a surprise shot, which usually translates into more consistent accuracy. This is why they are favored among target archers. And with thumb button releases in particular — depending on the design — hunters can actually attach their release to their D-loop and just let it hang there at the ready. A convenient setup.

Just like anything, though, handhelds have their shortcomings. Handhelds are much easier to lose, as most models are not attached to your wrist. Because of how pricey these can be, that’s a hard pill to swallow and a lucky day for anyone that finds the release you dropped.

And with them not attached to your wrist, if it’s not already attached to your D-loop, there is the possibility of fumbling around looking for your release in the heat of the moment. There’s a smidge more thinking involved with a handheld.

So, Which One Is Better?

As far as which one is better, that really is going to depend on you, your style of hunting, and your goals. Treestand hunters might prefer those thumb button handhelds more because they can attach the release and let it hang until ready to shoot.

Spot and stalk hunters might prefer an index style, so they don’t have to worry about where their release is as they crawl through the sagebrush toward that bedded buck. The answer rests in the beholder.

My best advice here is to go try them all out and go with the option that feels the best for you. Most bow shops have various archery releases that you can try onsite, so it never hurts to ask.

We’re all different, and we need to remember that. Sure, there is give and take on each end, but you are the one who decides what you want to give and take. Form your own opinions and hunt the way you want to hunt.

The Best Bows of 2022: Top Flagship Compounds From ATA

Brands at the Archery Trade Association trade show dropped the newest flagship compound bows for 2022. These are our picks from the show. Read more…

The Best Backpacks for Big-Game Hunting

French Police Turn To Speer Ammunition With Duty Ammo Contract
How to Make a Bug Out Bag That’s Right For Your Needs
Put The Wild In Your Wildlife Photos
Women’s Stratos Full Zip Underlayer by 5.11 Tactical
New KUIU Hardcases