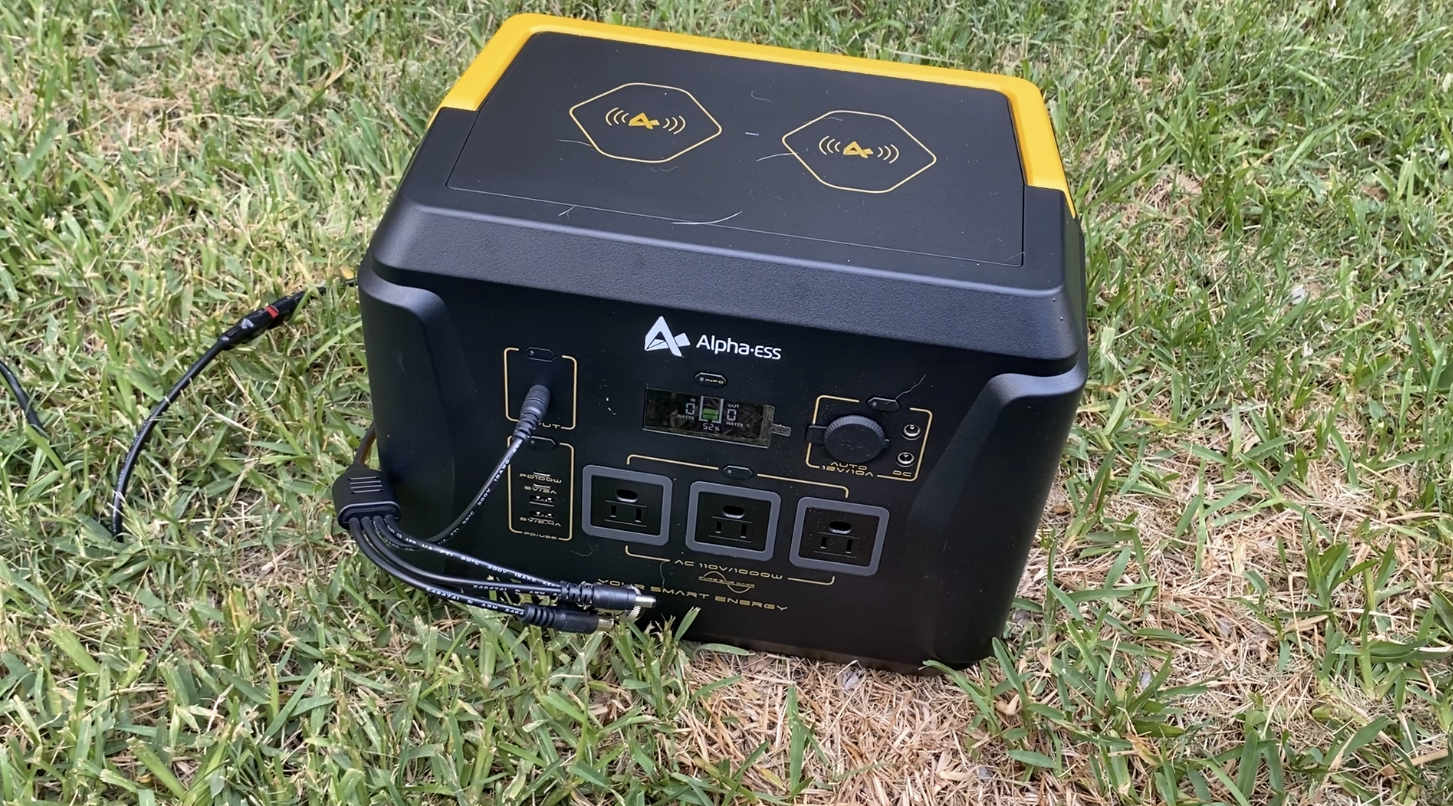 Since I live in the south with plenty of sun, I look to these types of power stations majorly for their solar charging capacity. While the AlphaESS Solar Generator can be charged by a vehicle, DC wall outlet and even with USB-C, solar is definitely one of the main ways that I would like to keep it charged, as long as the sun is out, of course. 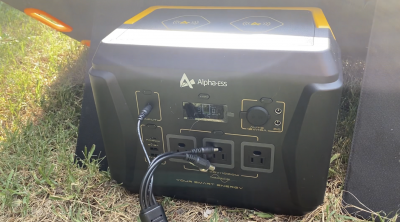 The AlphaESS Solar Generator does not come with solar panels, not even as an accessory, so you would have to buy solar panels separately. But I was able to use 2, 100watt solar panels to get this baby charged in no time.

I placed it out in the sun in the morning but it wasn’t until the direct, afternoon sun, that it took from 60% to 100% in 1 hour flat. I was actually really surprised by that. Since this is a 1036watt capacity power station, I expected it to take at least an hour or two, but it powered way quicker than expected.

What I would now do is keep it charged with the wall outlet. You can keep it plugged into the wall at all times and it won’t overcharge the battery, same with the solar panels. It simply stops charging, that’s it, doesn’t harm the battery at all to just keep it plugged in. It also comes with all the charges you’d need to charge from any of the available ports. 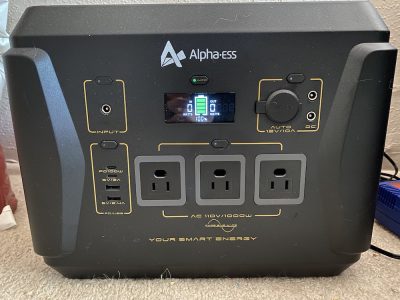 It can power 12 devices simultaneously, as it very well should. Every single plus can be used at the exact same time, and it can even be used while it’s being charged. There are even two wireless charging ports on top for your smartphone which I love. Free up the other ports for anything else while you charge your phones wirelessly on top. 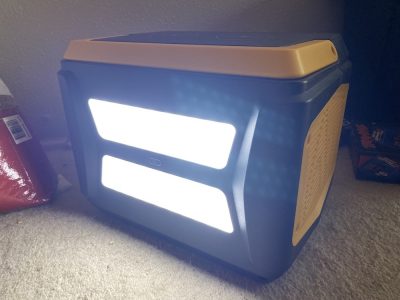 It also has two very large lights on the side which have three brightness levels and SOS mode.

So what exactly could you power with this?

This thing is powerful! 1000watts will pretty much charge almost anything you could ever want for a long period of time. As long as you can recharge it once a day, like with solar panels or your vehicle, you could keep everything charged indefinitely.

If you want to know how long it’ll power your device, use this equation:

Decide what you want to charge or power and for how long and see if this will be enough. 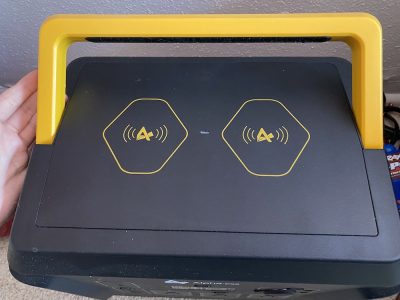 Say for instance you want to power an electric heater, unfortunately, the lowest watt electric heater that I can find on the market is 600watts, so if you ran the electric heater continually for an hour, you’d only be able to run it for a little over an hour.

Some things simply take up way too much power for any power station to run for long periods of time. When we were off grid, we were never able to run an electric heater or dehydrator, for instance, because of the high wattage and the extended use of time. So we used other options like propane heaters and sun drying.

All about what you want to power or charge and for how long, or how often.

This is definitely an impressive unit and one that I would absolutely rely on for my basic needs of keeping my freezer going, charging my phones and other basic powering needs. 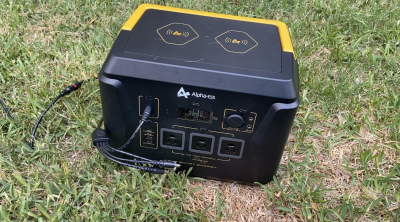 At $899, the AlphaESS power station is definitely one to add to your cart for emergencies, traveling, camping, hunting, off roading and almost anything else you can think of. Take a look for yourself!