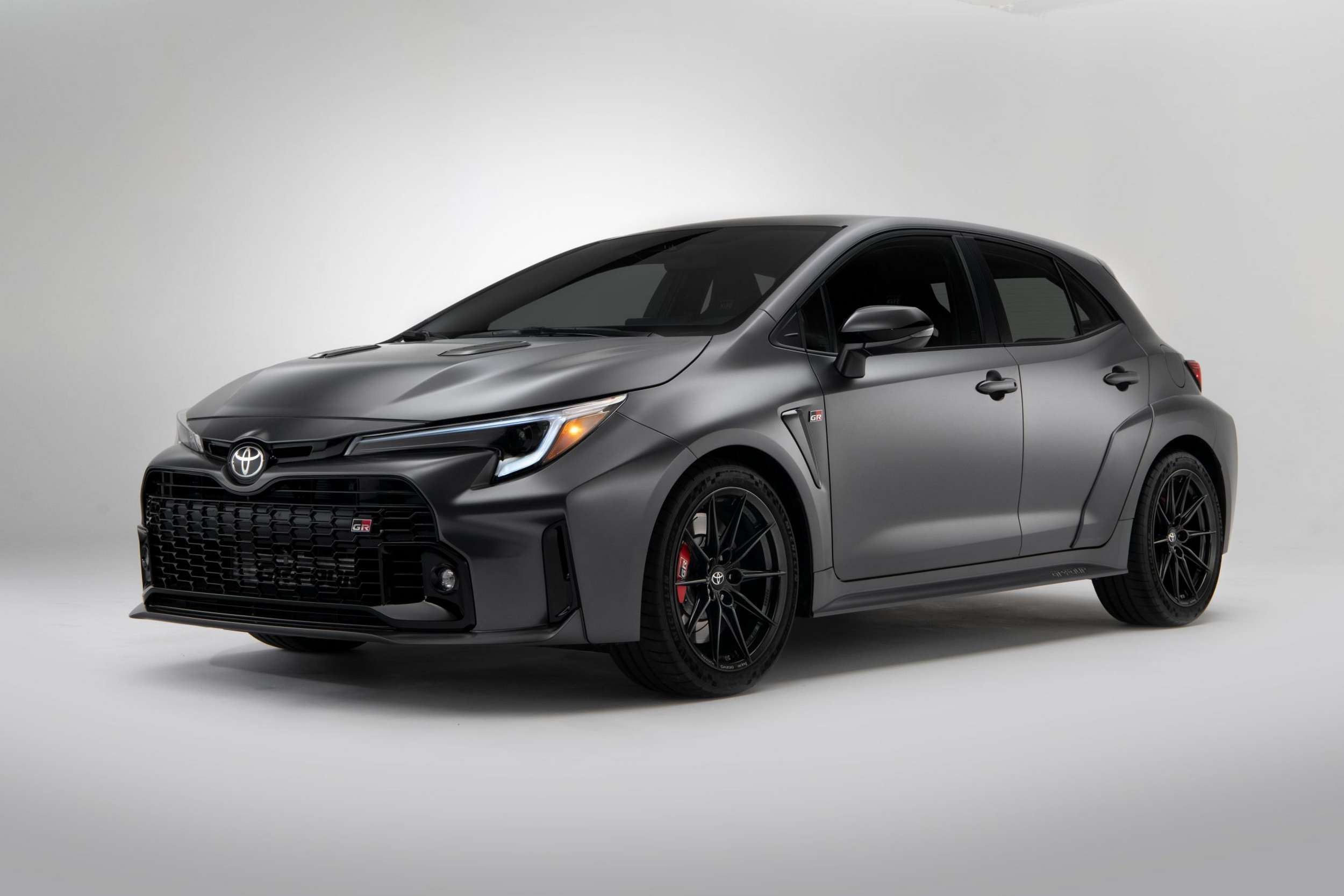 It borrows the CEO’s nickname, so it has to be good. The GR Corolla Morizo Edition is lighter, sharper, and quicker.

Toyota promised to keep the GR Corolla hot hatch fresh with special editions, and it isn’t wasting any time. The GR Corolla Morizo Edition is an even hotter version of the car, named after the boss’s racing alias. Track-focused, more powerful, and missing a rear seat, only 200 of the numbered cars will be built for 2023.

Who is Morizo? It’s actually Toyota CEO Akio Toyoda. The company boss wanted to go racing and didn’t want to use his real name. When he started to show up at big-deal motorsports events like the 24 Hours Nürburgring and races all over Japan, he used the name Morizo.

As Toyoda is still the company’s “Master Driver” (it’s good to be the boss) and has top-level approval for how each new Toyota drives, this is a very fitting special-edition badge.

Toyota and Gazoo Racing started with the 1.6L turbocharged three-cylinder engine. With 300 horsepower, that figure stays the same. But the GR Corolla Morizo Edition now has 295 pound-feet of torque instead of the 273 available in the standard car.

The extra torque comes from revised engine tuning. The new peak torque figure is available from 3,250 rpm all the way to 4,600 rpm — a narrower peak than the Core and Circuit cars, but there should be more torque across the rev range.

The Morizo gets a new transmission to help make it even quicker. The close-ratio box means you stay in the power band in between shifts, while new gearing in the differential should help boost acceleration.

Dumping the rear seats in the garbage and fitting the forged carbon fiber roof from the GR Corolla Circuit Edition cuts weight. Even more weight was slashed by dropping the rear door speakers, rear window regulator, and even the back wiper and its motor.

The result is a car with an estimated 3,186-pound curb weight, making the GR Corolla Morizo 106 pounds lighter than the Circuit Edition.

Toyota went big on stiffening the Morizo. You’ll find two extra braces in the back of the cabin along with an extra strut brace in the rear. What you won’t see are the 6 m of extra structural adhesive compared with a standard Corolla hatch. Or the 349 extra spot welds.

The rear braces give you more than just extra rigidity. Combined with the missing rear seat, the braces help you store four extra tires and wheels. Perfect for a track day in the GR Corolla Morizo; we think you could use the extra space to store all sorts of gear. Trackday car camping, anyone?

Toyota’s all-wheel-drive system carries over, with three driver-selectable torque distribution levels. Like the Circuit Edition, limited-slip differentials will be standard at both the front and rear of the car.

Even the most focused special editions need cosmetic changes, and this car is no different. Here, though, it’s functional. The brake ducts take air to the brakes, the bulge hood and its vents are functional, and the rear lip spoiler has aerodynamic benefits. Yes, the fenders are slightly wider as well, to help fit the beefier rubber lurking underneath.

The interior is decked out with a few trim changes. The seats are red and black in leather and Brin Naub suede. The steering wheel and shifter are also made from synthetic material. The same 12.3-inch display found in the rest of the GR Corolla line will give the driver all the info they need, including boost pressures and AWD modes.

Toyota is building just 200 GR Corolla Morizo cars. They’ll be offered in Windchill Pearl or the matte gray finish you see here in the pictures. The gray will be available only on Morizo editions. Pricing comes later this year, and the cars will start arriving at dealers in 2023.

The Best Archery Targets Under $100
Photos Of The Day For September 2022
‘Avalanche Sharks’ Is the Best/Worst Skiing Movie Ever
Photo Of The Day By Karthik Subramaniam
Mountain Views & Slo-Mo Stunts: A Day in Whistler With Johny Salido