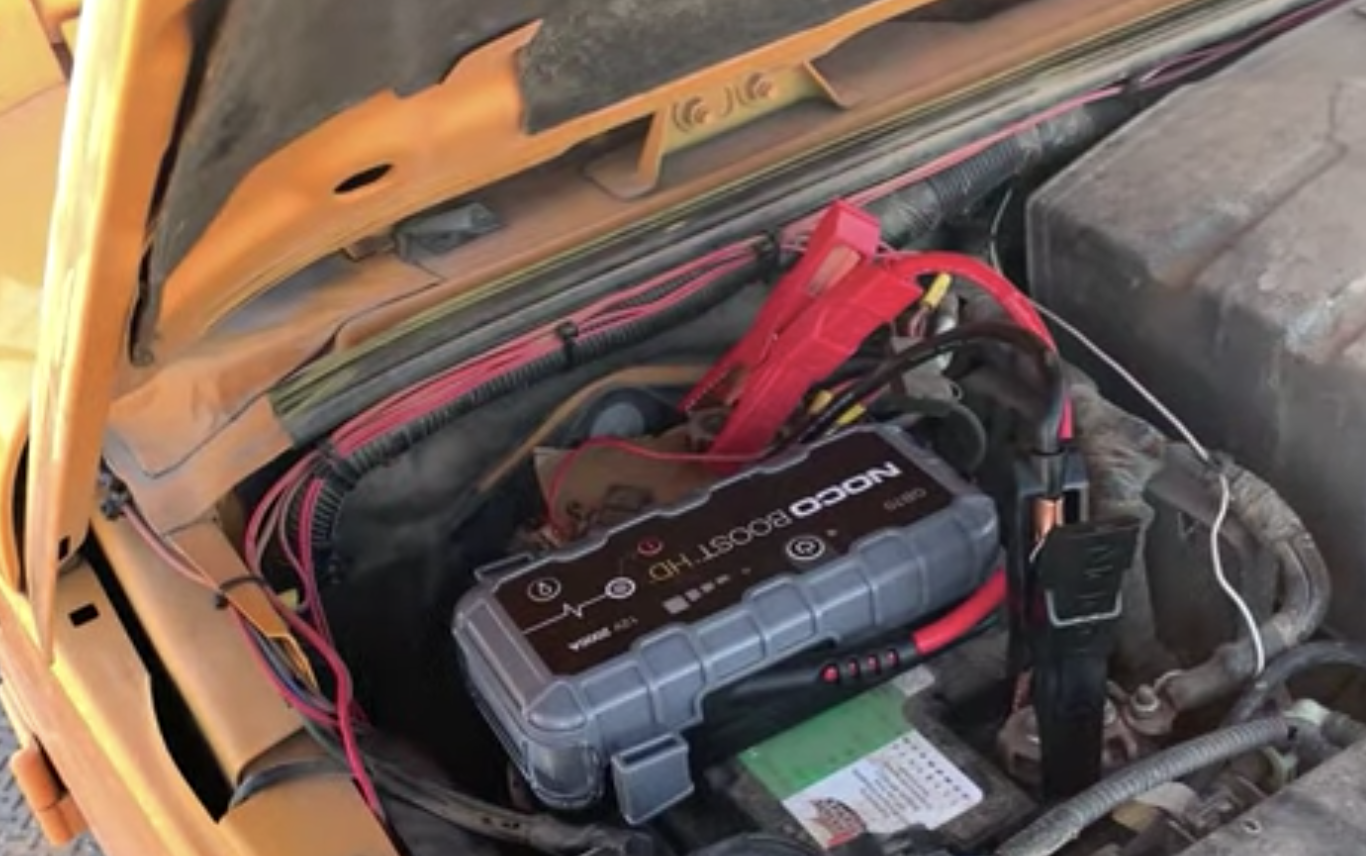 When it comes to car preps, jumper cables are always on the list. But I’ve always felt jumper cables just weren’t the best option. If your battery dies and you need a jump, You need someone else to come help you, that could take hours. I just recently had a friend who was sitting on the side of the road for three hours waiting for help. In the middle of the city. I was a movie and when I got back home, my husband went to help him, but still, he could have resolved his issue a lot quicker. 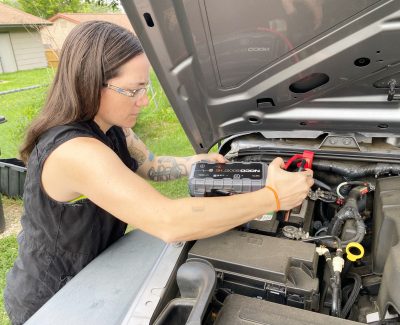 Just last week, I was on my way out to take the kids to the park and run some errands. The Jeep wouldn’t start. I grabbed the battery pack, started the Jeep, we were on our way. When we were leaving the park, it was dead again. Ok, bad battery at this point, but I still needed to get home, so I used the NOCO jump starter to give us another jump to get home.

Takes less than three minutes to get it out, open hood, connect, start the car, disconnect, close hood, put jump starter pack away and drive off.

Another example, we were driving across the mountain in AZ a while back and a man and his son were parked off the side of the road, just sitting there. We stopped and asked if they were ok, they said their battery had died. We whipped out the NOCO jump starter pack and helped them out in 1 minute flat. 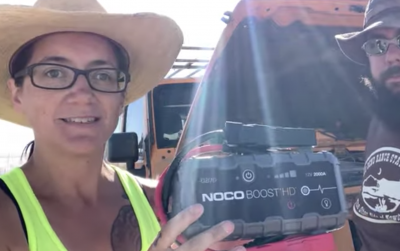 In that instance, jumper cables would have worked, but if they had had their own NOCO jump starter pack, they wouldn’t have even needed our help to begin with.

We have used it for ourselves and others several other times. It’s been an invaluable asset to our vehicle preps.

We have the 2000A lithium batter model which runs about $199. They do often have sales, though.

It can jump your vehicle battery up to 40 times on just one charge. We like to always have it topped off, but that is an insanely large amount of jumps on just one battery.

It weighs about 5lbs but it just hangs out under the seat in our Jeep, we’re not carrying it around everywhere.

The recommended storage temperature range for the NOCO is -4ºF (-20ºC) to +122ºF (50ºC). Keep it wrapped up in blankets or take it inside if it’s going to be in colder temps. And they say it should never be above 176 degrees F as it’ll start causing damage to the battery.

As a bonus, it also has a light and a USB port. 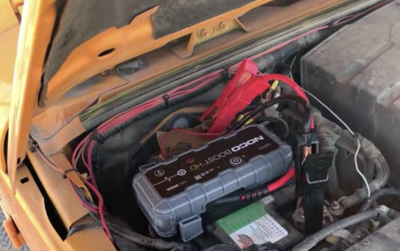 I can’t say enough praise for the NOCO Jump Starter. You think you’ll never need it…until you do. And it’s nice to have to help others, as well. We’ve been able to help a lot of people simply because we could.

If you don’t have a jump starter pack, get one now.

Photo Of The Day: H&K G36 with VECTED Thermal Imaging
New KUIU Hardcases
How to Make a Bug Out Bag That’s Right For Your Needs
Your Best Photo Of 2022 Winner Robert Henderson
Stay Warm with the 5.11 Tactical Thermees Insulator Jacket