I had always wanted to get my amateur ham radio license since I was in my early 20s. I just thought it would be cool to talk to people from all over the world. With the right equipment and knowledge, you absolutely can.

At that time though you still had to know morse code to pass the test and even though I loved morse code, it did hold me back a bit because it was still a little tough for me. Even to this day I keep trying to learn it and I find it difficult to grasp. I saw a master of morse code at work at the ham radio field day a few years ago and was so impressed. It’s something I’d love to devote some time to in the future.

For a long time I thought CB radio or regular walkie talkies were ‘good enough’ when it came to comms. Until one day my husband and I were on an off roading trip with a friend and we heard his ham radio setup. It was so clear, it reached so far and it was such an amazing setup. We were instantly sold that we needed to get out ham radio license ASAP. 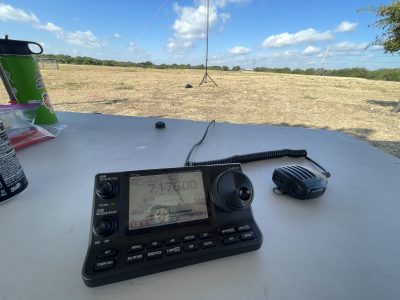 My husband and I got our technician license together, it was a lot easier for him than it was for me. The book was confusing and the practice tests were also confusing. Understanding amateur radio was and still kind of is a bit of a struggle for me, the technical stuff is very technical and I try extra hard to understand it all. It’s second-nature for my husband, but some of us need a little extra help.

While there were in-person classes which taught the material I had a very difficult time trying to just get notified of when the next class would be. I ended up never getting into a class and ended up just taking a lot of practice tests then passing the actual test, though still feeling like I didn’t have a solid grasp of the information. 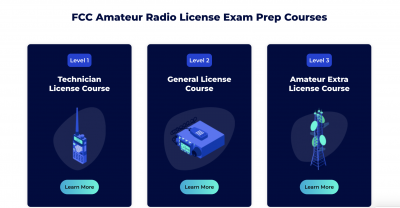 I really wish there had been an online course like HamRadioPrep. They have a step-by-step course for each level; technician, general and extra. 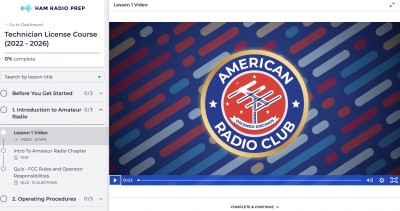 HamRadioPrep is so much more than just the courses though, they have information about all things amateur ham radio. If you’ve ever had a question about ham radio, like why do you need a license or what even is ham radio, they have the answer! This is your one-stop shop for all things ham radio knowledge related.

In fact, I take their courses just to understand amateur ham radio a bit better because they truly lay it out for the average individual that knows absolutely nothing. It’s not just jargon, it’s truly understanding how it all works and how you can be an effective ham while also having a ton of fun and making contacts from all over.

If you’ve always wanted to get your ham radio license but felt it was just confusing or intimidating, take the course from HamRadioPrep and I promise you won’t feel lost ever again.

Get your ham radio license today and start making contacts!