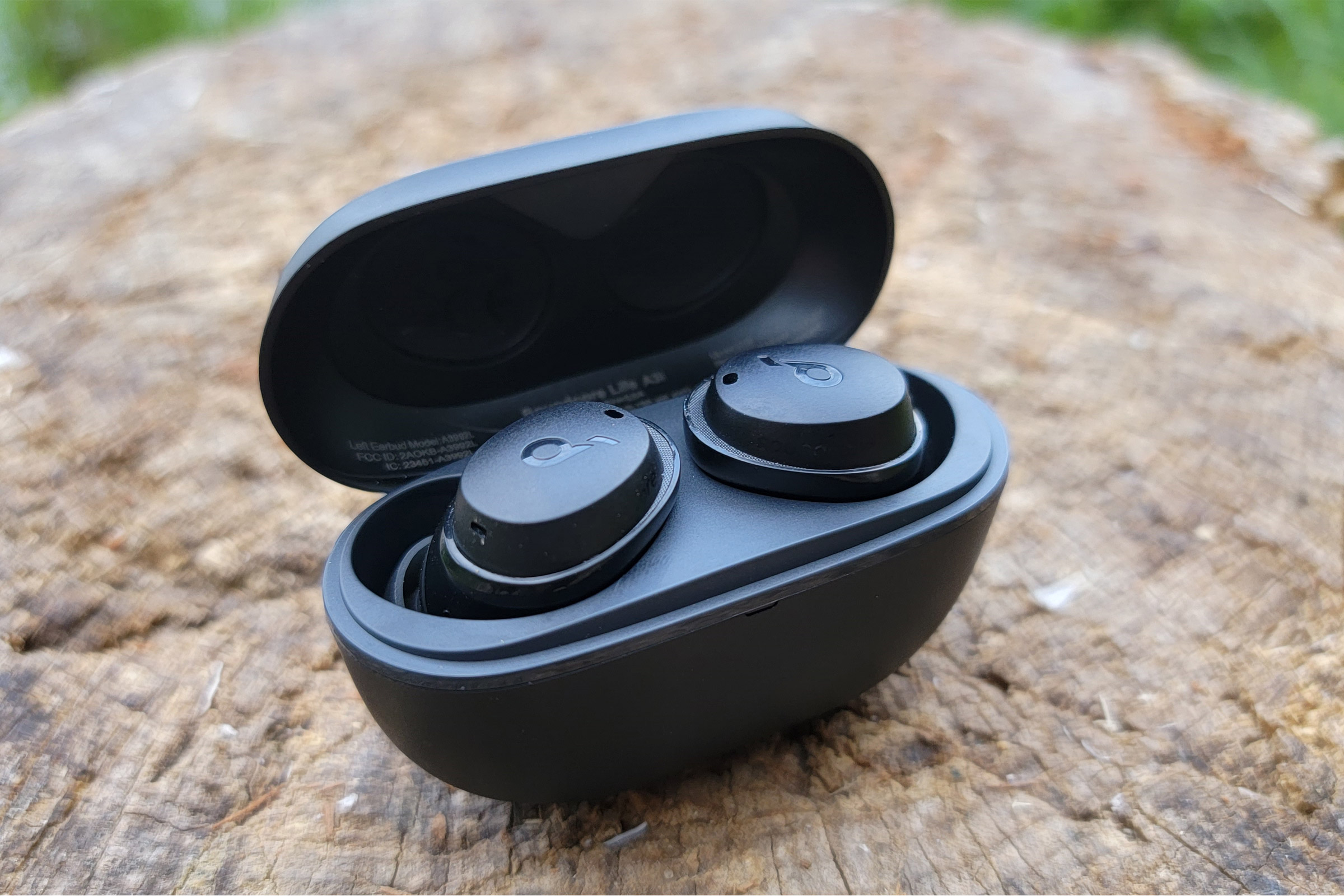 Could the budget best get even better? Soundcore updates one of our favorite values in wireless earbuds.

Ever since making the jump to wireless, I’ve found Soundcore combines affordability with quality sound better than any other. So, when the time came to purchase a new pair of exercise and outdoor earbuds, my thoughts naturally went to the Life A1i, the winner of my budget earbuds showdown a few months back.

But just before I made the purchase, I noticed that an upgraded version had come to market — the Soundcore Life A3i ($60), with more features, new modes, and the potential for even better audio.

It wasn’t exactly a hard purchase to make. And over their weeks of testing, these earbuds accompanied me on work shifts, gym sessions, and all through the trails and campgrounds of the Northwoods. There were a few bumps in the road but, in the end, I’m glad the A3is were along for the ride.

In short: The Soundcore Life A3i’s are a solid, if imperfect, upgrade from a previous budget champion. Their lightweight build packs excellent audio and battery life, with a wealth of equalizer modes. And the addition of hybrid noise canceling is enough to outweigh the reduced water resistance and loss of wireless charging.

The first of the relevant upgrades was an increase in driver size. The Life A3i utilizes 10 mm, drivers, while the A1is made do with 8 mm. This improved upon the lush sound of the previous gen, and I’ve been nothing but pleased with their quality.

The other significant addition comes in the form of hybrid noise canceling. As respectable as the isolation was on the old models, I was curious to see how this added to the experience.

Also of interest was the multitude of equalizer settings. When interfaced with the Soundcore app, users can choose from 22 presets, or customize an option for themselves. They’ve even included a little graph for each one, which was a nice visual representation that helped me sort out the changes I was hearing.

Battery life remains largely the same, with a slight uptick on the A3i’s battery life (9 hours per charge, 36 hours in the case). This adds just one hour to the battery in the A1i’s larger case, but that’s 60 minutes less of listening to the outside world.

On the bike, around the house, and on the treadmill, they stayed put without becoming uncomfortable or obtrusive. And while I liked the large, outward-facing button on the A1is, the smaller, side-mounted interface on the new version proved to be just as effective.

Some users may actually prefer this, as you can press the button without pushing the speaker further into your ear.

The interface itself is straightforward, with an intuitive combination of presses and taps. I won’t list the exact combos, as you can set them to your preference using the app.

It’s worth noting, however, that you can cycle between standard, noise-canceling, and transparency modes without bringing up your phone.

The A3is represent my first pair of noise-canceling buds. And without hyperbole, it was nothing less than an audio revelation. After several workouts and lunches around some rather, shall we say, unruly kids, I might be ruined for anything less. It doesn’t exactly drown out the world, but it puts it a comfortable distance away.

Except when riding a bicycle. In that case, the wind noise messed a bit with the microphones. But being able to turn it on and off with just a quick press made this an easy fix.

Conversely, EQ modes must be switched through the app. This is probably a good thing, as scrolling through 20-plus settings with a tiny button would get tedious in a hurry.

For both of these features, you’ll need to have the left and right earbuds in place. But each can be used independently, which is nice when you don’t want to completely tune out your surroundings.

While I’m a fan of the Life A3i narrow profile, I do miss the little retention wings found on both the A1i’s and my older Liberty Neos. But I don’t believe this was a cost-saving or stylistic measure.

See that extra hole right down the center of its plastic? If I had to guess, this is part of the noise-cancellation system. And it lies exactly where a wing would be placed. So, their absence makes sense.

More annoying is a related consequence — the drop from IPX7 water resistance to IPX5. According to Soundcore, the Life A3is will withstand “sweat, rain, and water splashes.”

Wikipedia and other sources go a step further, claiming that devices with this rating can endure a sustained, low-pressure spray. Still, this is a dip from the A1is’ ability to endure 30 minutes in a meter of water.

Again, this is likely a result of the added holes. You can probably still shower with these in (like I did), but I wouldn’t make a habit of it.

More baffling is the lack of wireless charging. While both models are graced with the presence of USB-C, only the A1is can pick up juice without being plugged in.

When I sat down to write this review, I was ready to be cranky about it. Sure, Soundcore added noise-canceling and some neat EQ modes, but it took away the rubber wings, IPX7, and the wireless charging of the previous versions.

But as I mulled the option of returning the Life A3i in favor of the older model, I found myself unwilling to part with the upgrades.

The larger drivers, exceptional level of control and audio customization, and the ability to dull the chattering edge of life make these a worthy successor. If you’re looking for a pair of long-lived, high-featured earbuds that cost less than a good night on the town, the Soundcore A3is are an excellent pick.

Just don’t drop them in your beer.