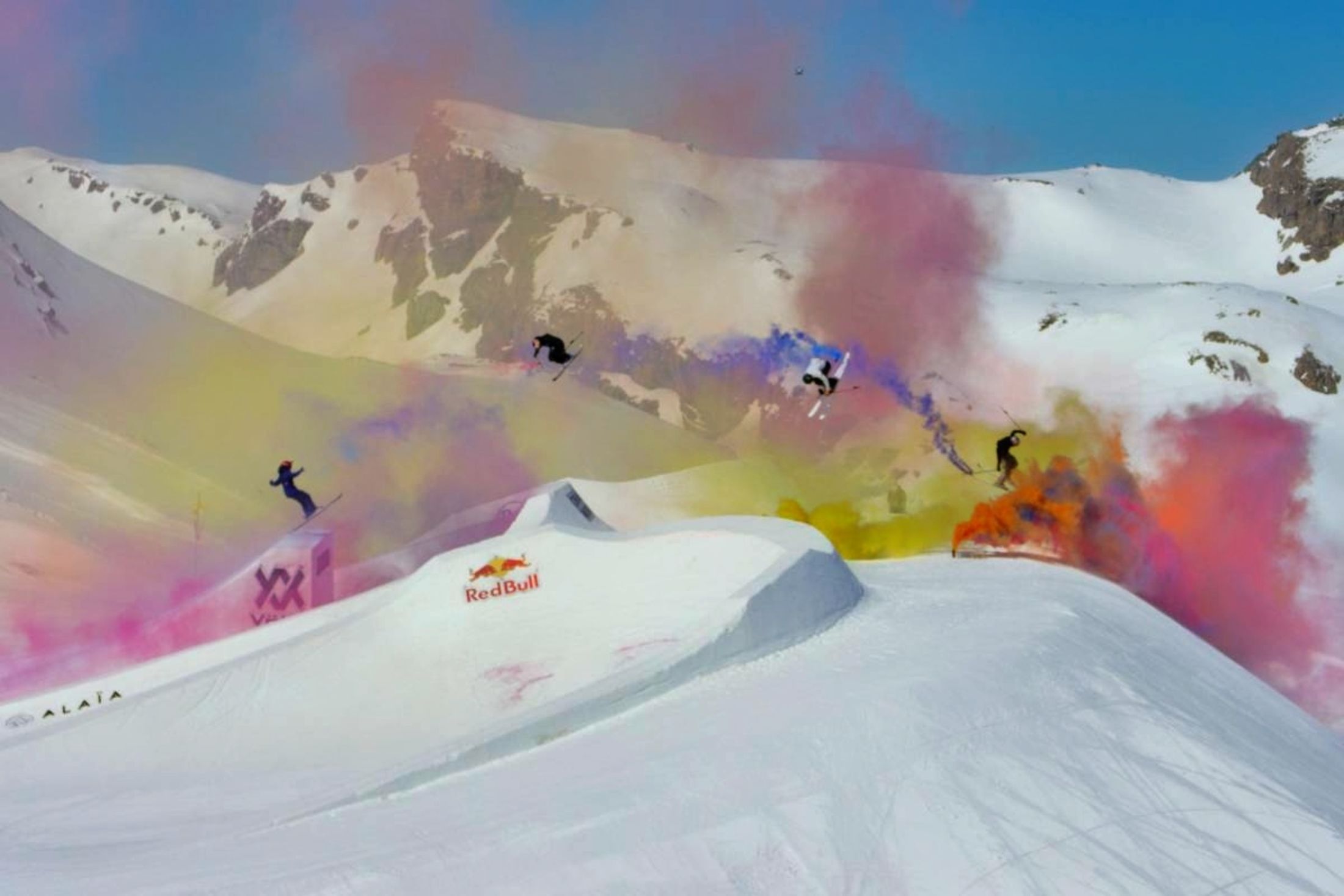 What happens when you equip some of the world’s best winter athletes with a rainbow of smoke flares? Red Bull’s creative team had to know.

To find out, the team headed to Crans-Montana, Switzerland, where The Nines was in full swing. Once there, it recruited freeskiers and snowboarders to unleash a multicolored arsenal of smoke flares on the sugary white terrain.

Some flares decorated ski poles and helmets; others flocked the sides of boards. A few pros even strapped extra flares to their gloves and ankles. And this all-too-short but sweet edit is the result — a kaleidoscopic, acrobatic display unlike any other.

Take a brain break, hit play, and drop on in.