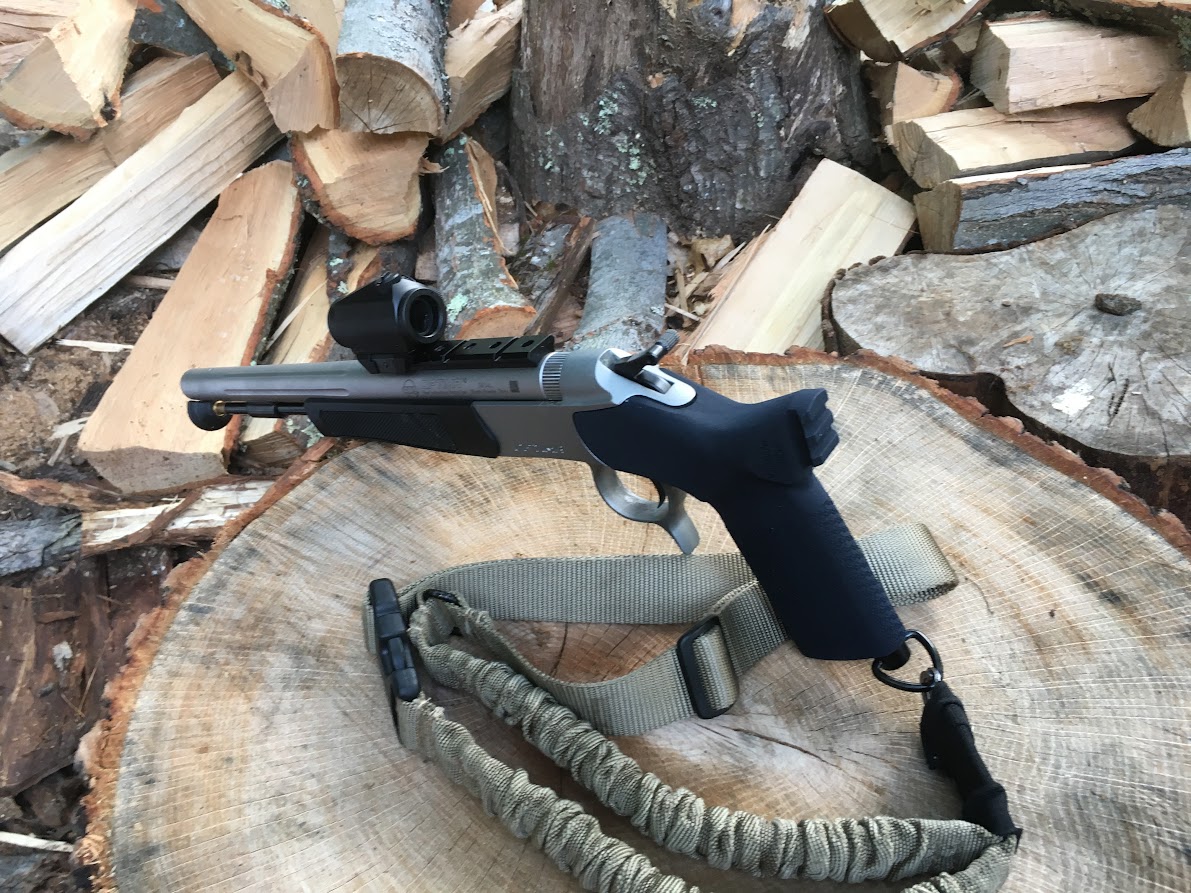 Last year, I wrote about my custom CVA .50 cal blackpowder pistol setup —  my favorite firearm for muzzleloader hunting. This build was made possible by a buffer tube adapter manufactured by FarrowTech. This aftermarket part allows the addition of any buffer tube and brace to CVA’s Optima V2 pistols.

Well, I was recently excited to learn that Farrow Tech has introduced a new brace adapter, and this new upgrade is packed with features.

FarrowTech provides a welcome oasis in the desert of options for CVA pistols — a scarcity no doubt caused by CVA’s decision to discontinue most of their break barrel single shot pistols. Originally, CVA had many versions of the pistol – which went by several names: the Optima V2 Pistol  for the muzzle loading version, and the V2 Scout Pistol for the centerfire versions. CVA used to offer centerfire pistols in a variety of calibers, including .243, 300 Black Out, 44 Magnum, 6.5 Grendale, and – most excitingly — .223/5.56.

Since production discontinued, these pistols have largely vanished, and can only be obtained through secondary markets. If you’re lucky, you can usually find a used or old stock .243, 44, or 6.5, but the .223 variants have seemingly vanished from the face of the Earth. CVA, if you’re reading this – please bring them back!

Fortunately, CVA continues to distribute the .50 caliber blackpowder versions of the pistol through muzzle-loaders.com, though they are usually backordered due to low production.

Anyways, that’s all to say: I am very grateful that FarrowTech is putting in the time and effort to produce quality parts for this obscure pistol.

FarrowTech’s original buffer tube/Brace adapter was solid, dependable, and exactly what you’d expect from a 3D printed gun piece – the handle had obvious printing marks, with the regular vestigial imperfections that result from printing a piece that has more than one axis. As anybody who’s dabbled in 3D printing knows, any sort of multi-axis shape requires supports built everywhere a feature on the part overhangs the build plate, and these “mid air” sections lack a smooth finish and have obvious printing lines:

However, the original brace was printed in Nylon, which is the strongest and most durable 3D printing material. To give a quick crash course in 3D printing, the most common printing materials are PLA, which is very easy to use and fairly weak, and ABS, which is slightly more finicky, but stronger. Nylon surpasses PLA and ABS in both of these categories – it is both very difficult to successfully print with (the filament and bed must be heated significantly hotter than PLA and ABS), and it is significantly stronger. (Check out this link for a thorough comparison of Nylon to other 3D printing materials, as well as some cool test videos). Nylon also has a much higher heat rating. For these reasons, Nylon is the go-to material for any gun accessory.

The increased quality of the new brace is immediately obvious:

The increased quality arises from FarrowTech’s new production process — instead of using standard extruded filament printing, FarrowTech makes the new brace adapters using “Selective Laser Sintering,” or SLS. SLS printing is widely respected in the maker community for creating strong, functional parts. FarrowTech continued to use Nylon 12 for the new parts, and the nature of SLS printing means the grip and brace adapter are printing at 100% infill (No hollow sections). If you’re wondering how this compares to a regular rifle stock, many polymer stocks are also constructed from nylon, but they are rarely solid, usually incorporating some kind of internal honeycomb structure. Due to the SLS process which creates complete solids, the Farrow Tech brace/grip might actually be stronger than the original factory grip.

FarrowTech didn’t just get a fancy new printer and reprint the original model – the redesigned the adapter from the ground up.

The grip now has custom hatching for better hand traction: 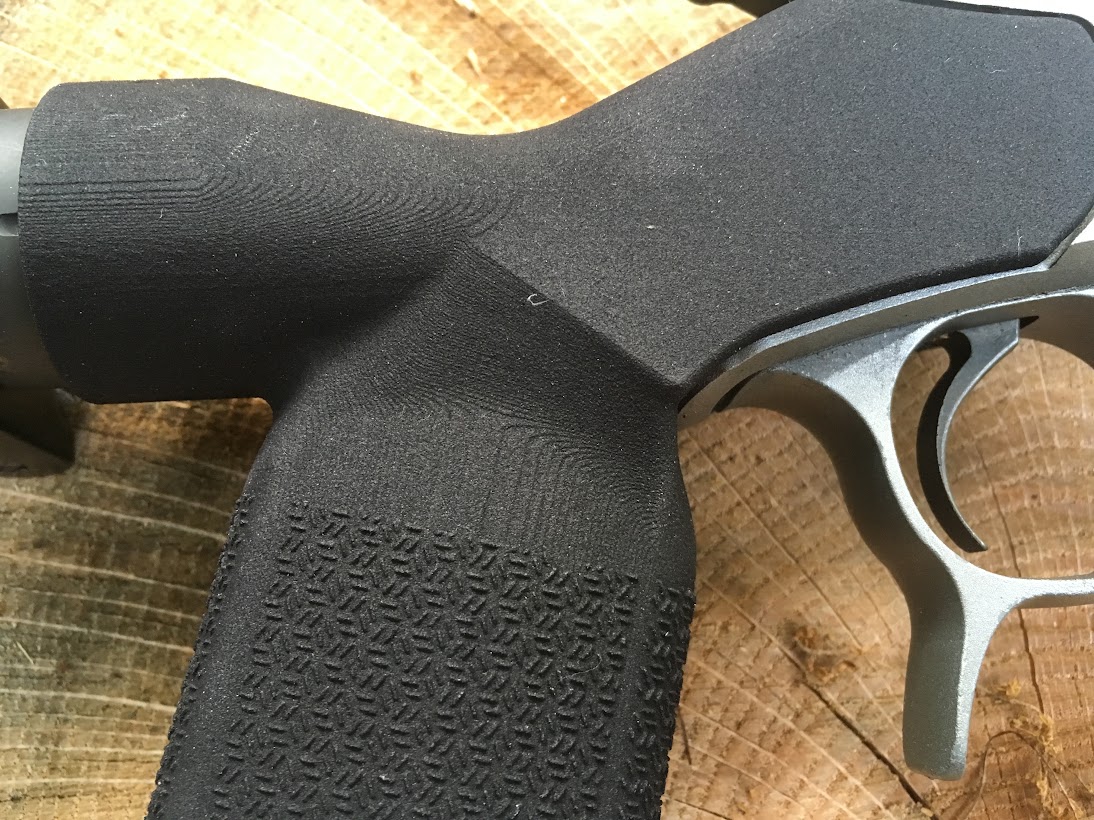 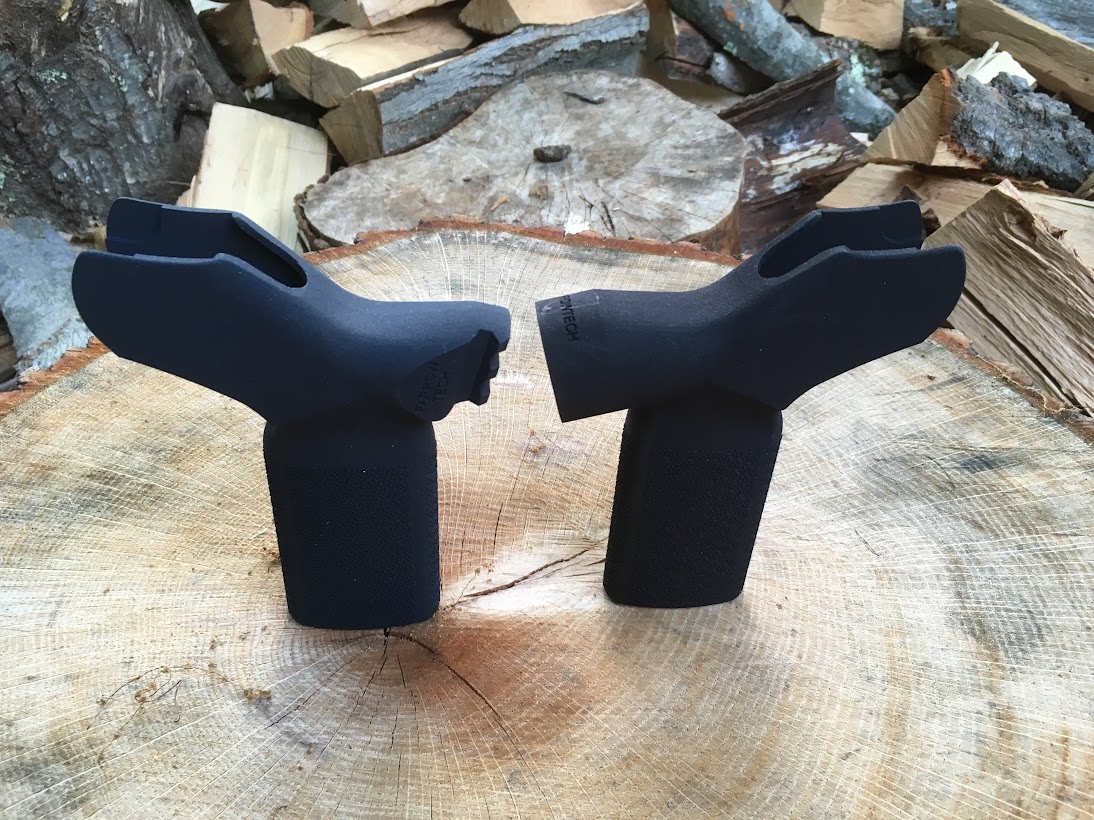 The Picatinny version seems perfectly geared to the many side-folding picatinny braces out there, such as the Sig Sauer folding PCB brace: 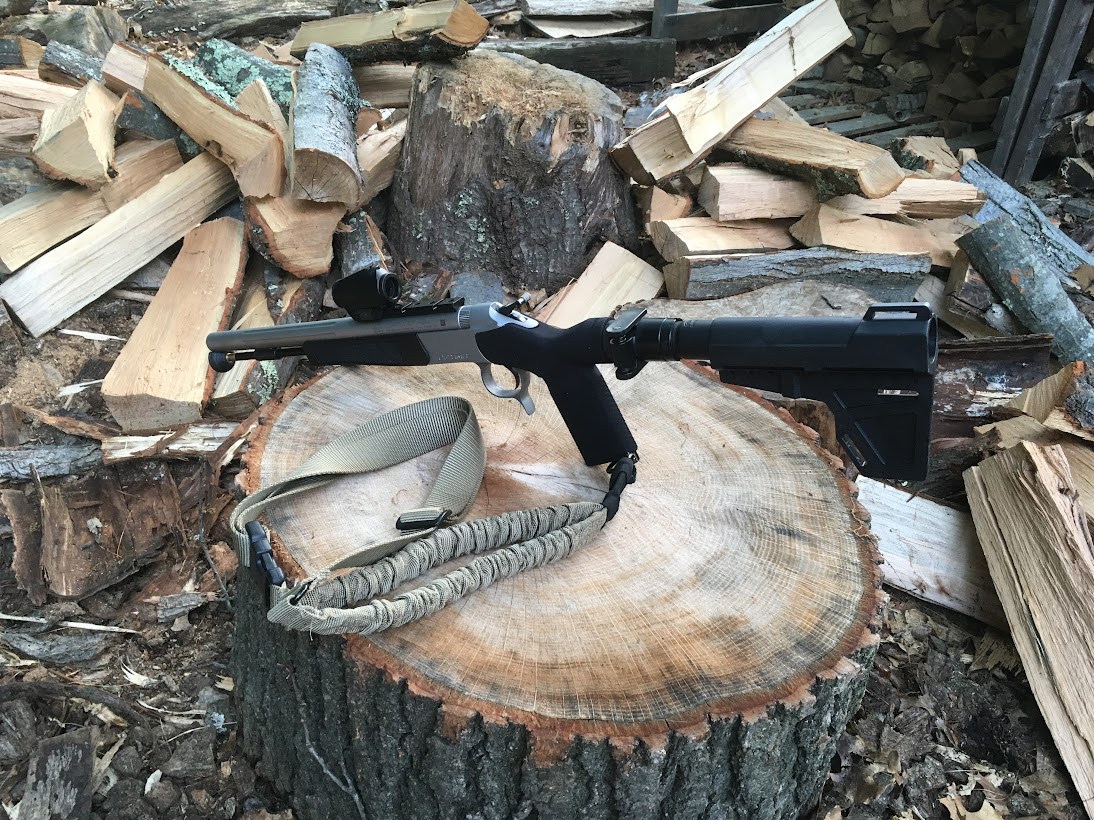 It should be noted that my side-folding attachment adds almost 1 inch to rig when collapsed, so the overall length of the picatinny version would be that much reduced: 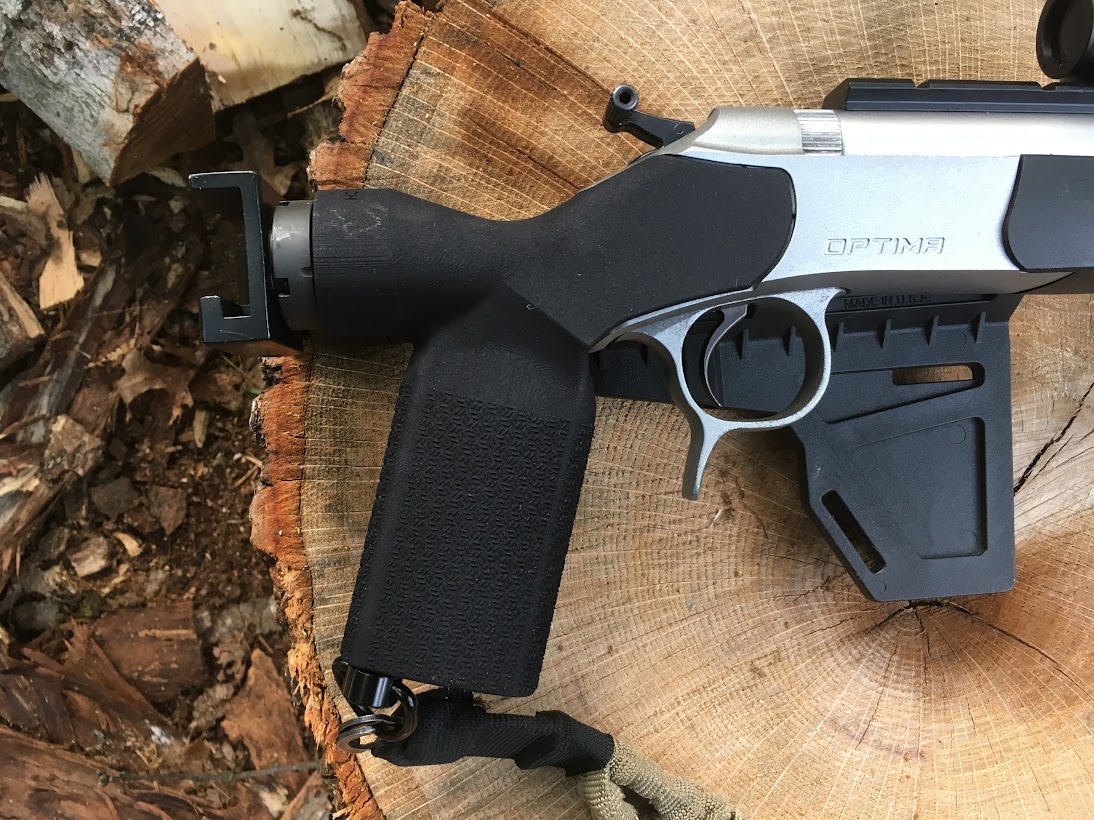 Once assembled with the provided bolt and castle nut, the Farrow Tech brace becomes a part of the gun. It looks as fitting on the firearm as the original factory grip: 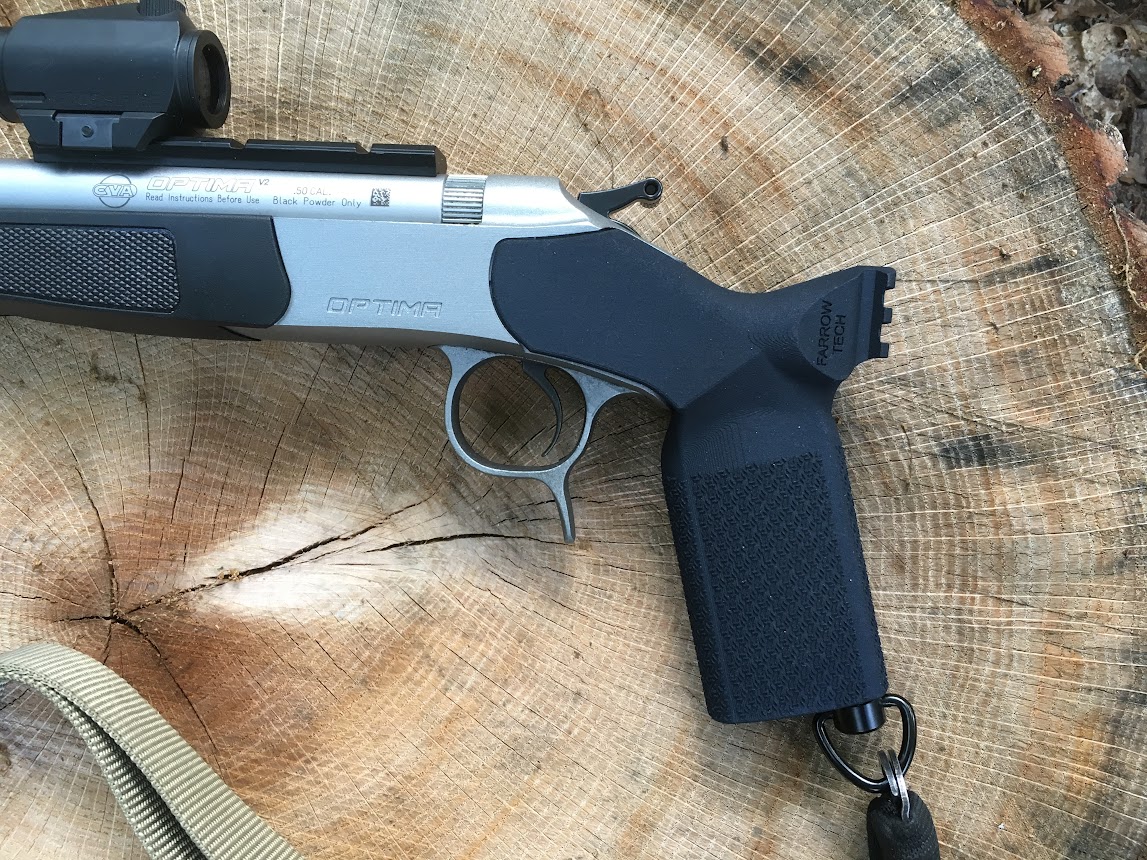 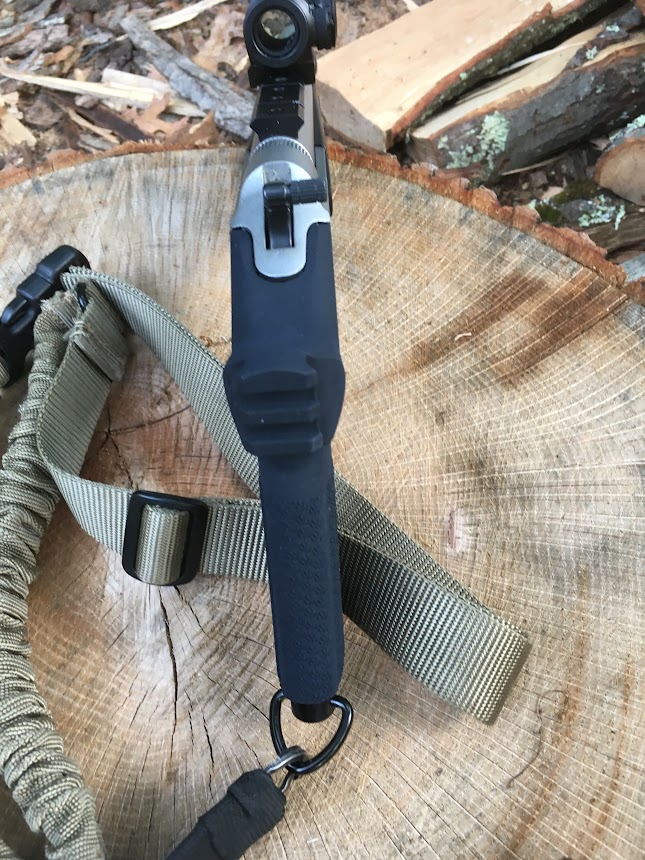 As you can see from the pictures above, FarrowTech packed even more features into the new brace – at the bottom of the grip is a quick release sling swivel socket, allowing you to easily attach a single point sling: 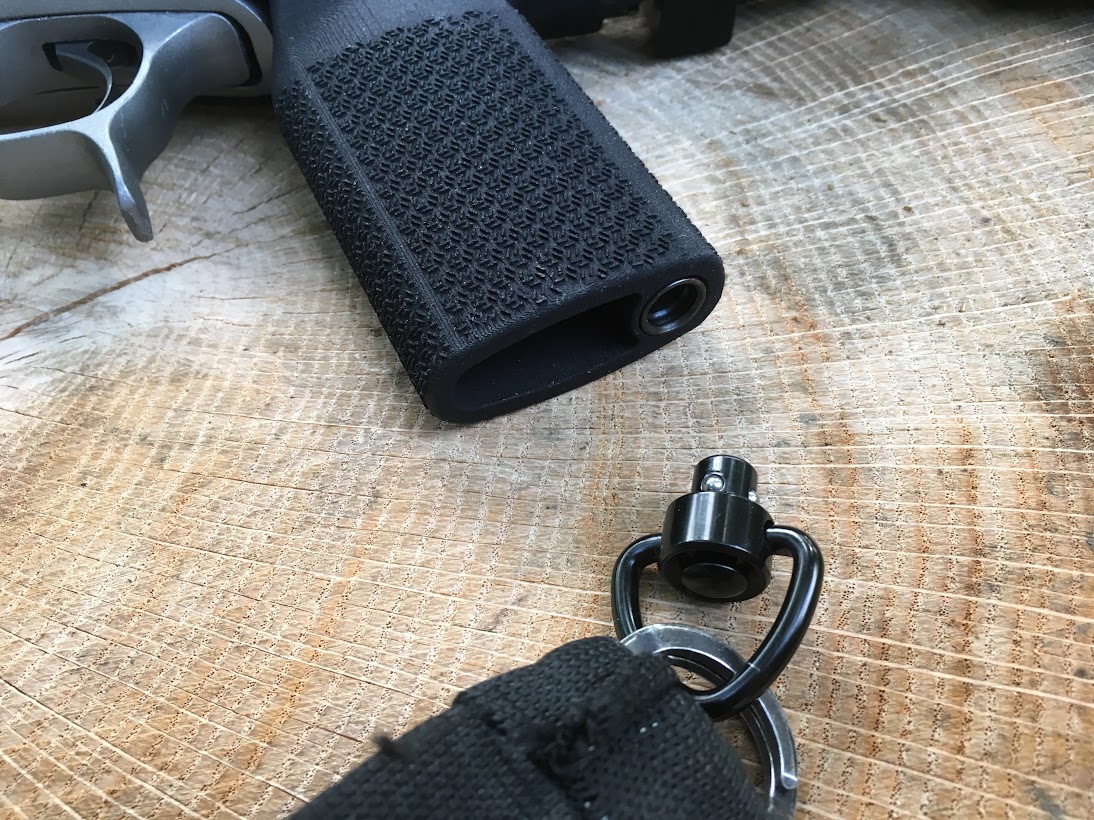 I really like this feature, since I frequently use the pistol in a tree stand.  It’s nice to have it dummy corded off since it’s such a small gun and could be dropped easily.

However, the bottom of the grip is a slightly strange place to put a sling swivel. It’s probably positioned there because there’s no other place to put it. Inserting a ½ inch gap into the side of the plastic would compromise the structural integrity at the key location where the buffer tube or picatinny rail is transferring the force of the receoil to the stock and your shoulder. The bottom of the grip is likely the best place for it, structurally.

I was curious how this location would work when using a single point sling to stabilize for a shot:

Conclusion about stabilization, and what I found out.

Best of all, FarrowTech offers the new stabilizing brace with a lifetime warranty. If you’re lucky enough to own a CVA pistol, the FarrowTech brace adapter is a must-have accessory. And, if you were holding off on purchasing one due to the obvious 3D printing-features of the old model, all that’s changed with the new model – it is a quality piece of gun furniture you won’t regret owning. 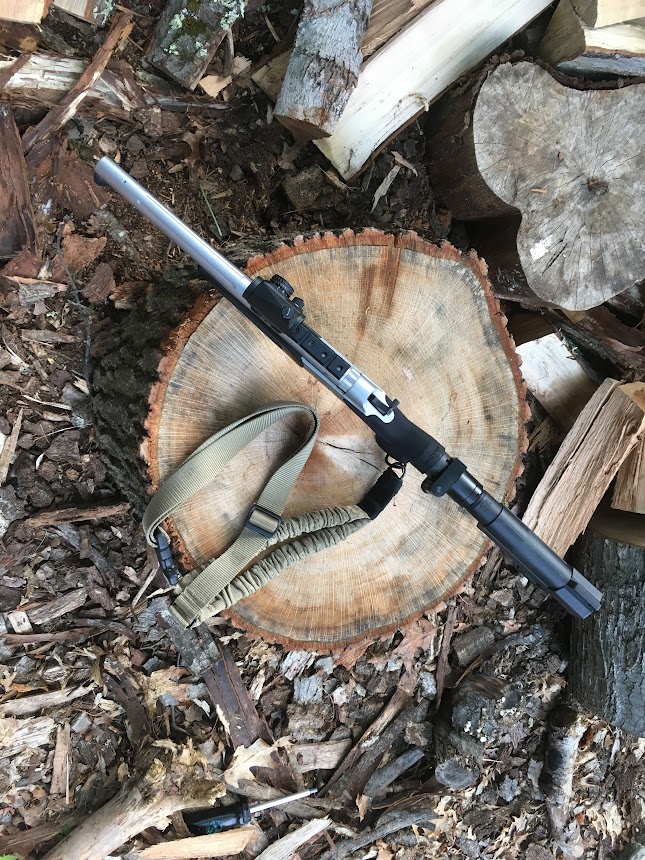 Jordan J. is currently a writer for OutdoorHub who has chosen not to write a short bio at this time.