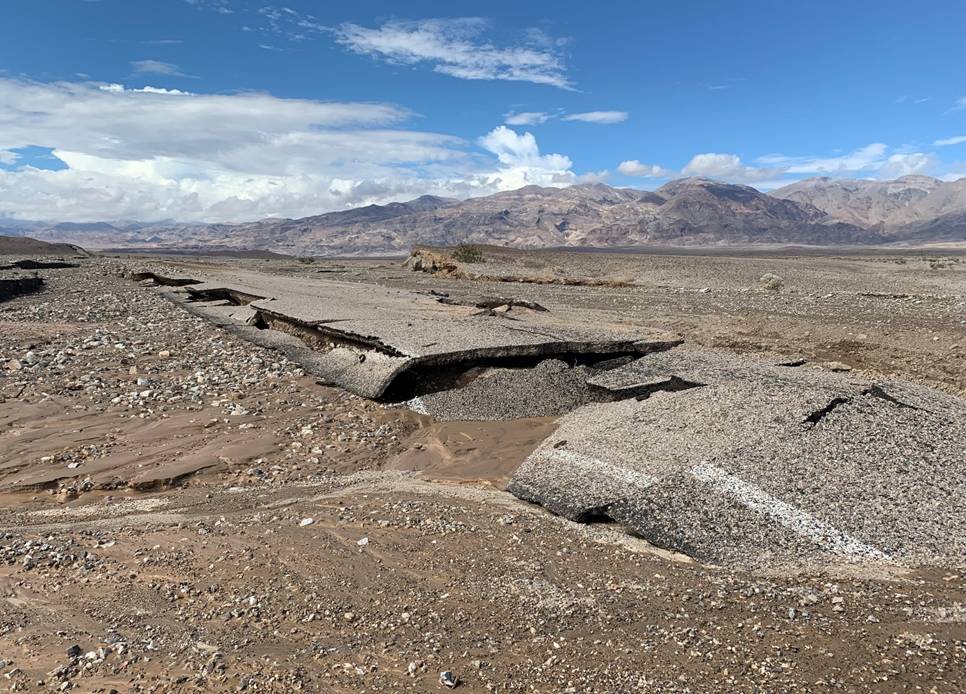 Massive flooding in the hottest place on Earth stranded hundreds of visitors at Death Valley National Park over the weekend.

Visitors to Death Valley must endure many reminders of the need to drink enough water. So it must have been quite the surprise for hundreds of visitors to find themselves stranded in the national park by flash flooding.

On Aug. 5, Death Valley National Park experienced a historic “1,000-year event” when nearly a year’s worth of rain fell in just 3 hours. The sudden downpour caused widespread damage and closure of all park roads.

As a result, 500 visitors and 500 staff members got stranded in the park over the weekend. While the National Park Service (NPS) said no one was injured, the water flooded the parking lot of the Inn at Death Valley.

And “several feet of debris” buried about 60 cars belonging to both visitors and staff, the NPS said.

DEATH VALLEY FLOODING: Highway 190 is closed in Death Valley due to flooding Friday morning. FOX5 viewer Landt Robert shared video of flooding in the area that he captured at about 7 a.m. Friday. pic.twitter.com/2XGaaL1blE

The NPS said Death Valley recorded 1.46 inches of rain on Aug. 5. That’s “mere drops away” from the all-time record of 1.47 inches, according to a news release.

“The heavy rain that caused the devastating flooding at Death Valley was an extremely rare, 1,000-year event,” said Daniel Berc, a meteorologist with the National Weather Service Las Vegas. “A 1,000-year event doesn’t mean it happens once per 1,000 years, rather that there is a 0.1% chance of occurring in any given year.”

Damage caused by the flooding includes the loss of a critical portion of the Cow Creek water system that serves some park residences. The Emergency Operations Building and maintenance yard also took damage.

The flash floods blew out more than 600 feet of the park’s water main, causing catastrophic damage to the system, the NPS reported. Also, hundreds of miles of desert roadways experienced impacts due to debris.

Park officials did not hesitate to connect the surprise flood with climate change.

“It is the hottest place in the world, and the driest place in North America. This week’s 1,000-year flood is another example of this extreme environment. With climate change models predicting more frequent and more intense storms, this is a place where you can see climate change in action!”