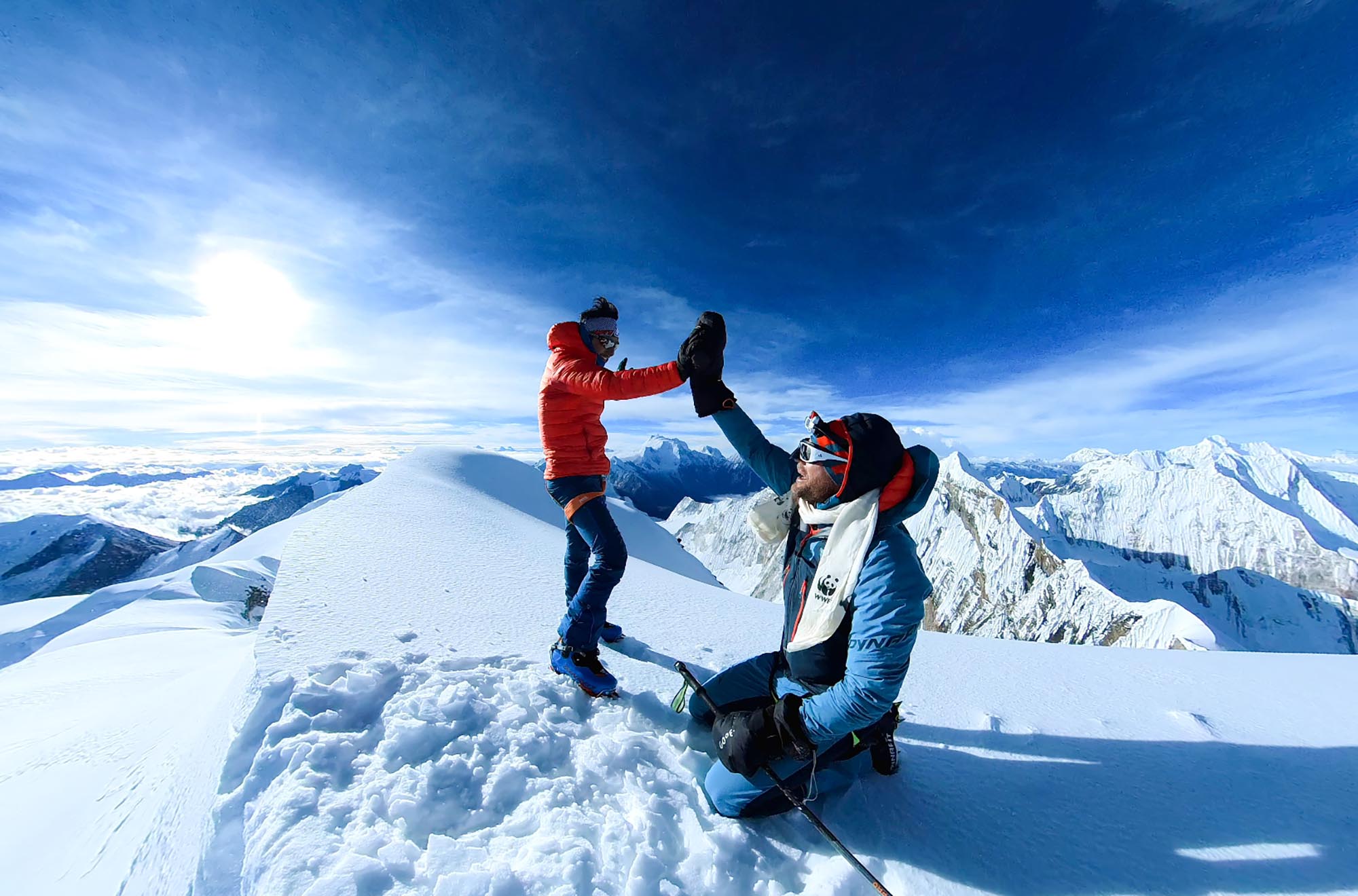 Could you climb 7,400 feet of elevation in 7 hours to reach a 23,379-foot summit? That’s what these two climbers accomplished on September 4.

Benedikt Böhm and Prakash Sherpa recorded a strong speed ascent on Nepal’s Himlung Himal this week. After setting the ambitious goal in August, the climbing duo fulfilled their vision with a climb meant to highlight the increasing threats to Nepal’s wildlife.

They climbed from basecamp to summit in 6 hours, 43 minutes. Including the descent, they spent 9 hours and 39 minutes on the round trip. The summit effort usually takes climbing teams multiple days.

Fast and Light on Himlung Himal

With the blast of a starting gun, Böhm, the 45-year-old managing director of Dynafit, and Sherpa, a 29-year-old mountain guide, embarked at 3 a.m. on Sept. 4. They climbed nonstop until reaching the top, a news release said, traveling on foot and with skis (for the descent).

By traveling the 12.5-mile round trip in less than 10 hours, they set a new time record for Himlung Himal. Previously, no climbers had attempted the mountain in one day. And typically, a summit expedition takes 3 days with three high camps, Böhm said.

“Luckily, on Sunday, we had largely ideal conditions for the climb, although moving through the deep snow at the top with the wind was really exhausting. In the end, we were much faster than planned because we were able to push and motivate each other,” he said.

“Despite frozen fingertips, we had a brilliant view over the Himalaya Mountains that we were able to enjoy briefly from the summit.”

This latest speed expedition from Böhm also included an effort to spotlight the increasing environmental damage to Nepal’s flora and fauna.

This year, Böhm also has a position as ambassador for the World Wildlife Fund (WWF), bringing attention to the nonprofit’s efforts in Nepal.

Böhm and Prakash Sherpa started their travels together in mid-August in southern Nepal’s Terai region, including a visit to Nepal’s Chitwan National Park.

“The diversity of Nepal fascinates me again and again,” Böhm said. “On the one hand, you have rain forests, raging waterfalls, and unbelievable flora and fauna. On the other hand, huge glaciers and the highest mountains in the world are right at home.”

Yet the country’s natural beauty stands in harsh contrast to its poverty and pollution. Böhm’s team encountered “the immense presence of trash” throughout the trip. While acknowledging Nepal’s challenges, Prakash Sherpa still felt grateful for the experience.

“I am not at all a professional skier,” Sherpa said. “This was for me a new situation — one which I totally had respect for and for which I really had to train. Meaning I am all the more thrilled that everything went as it did. I am thankful for this special experience in my homeland.”