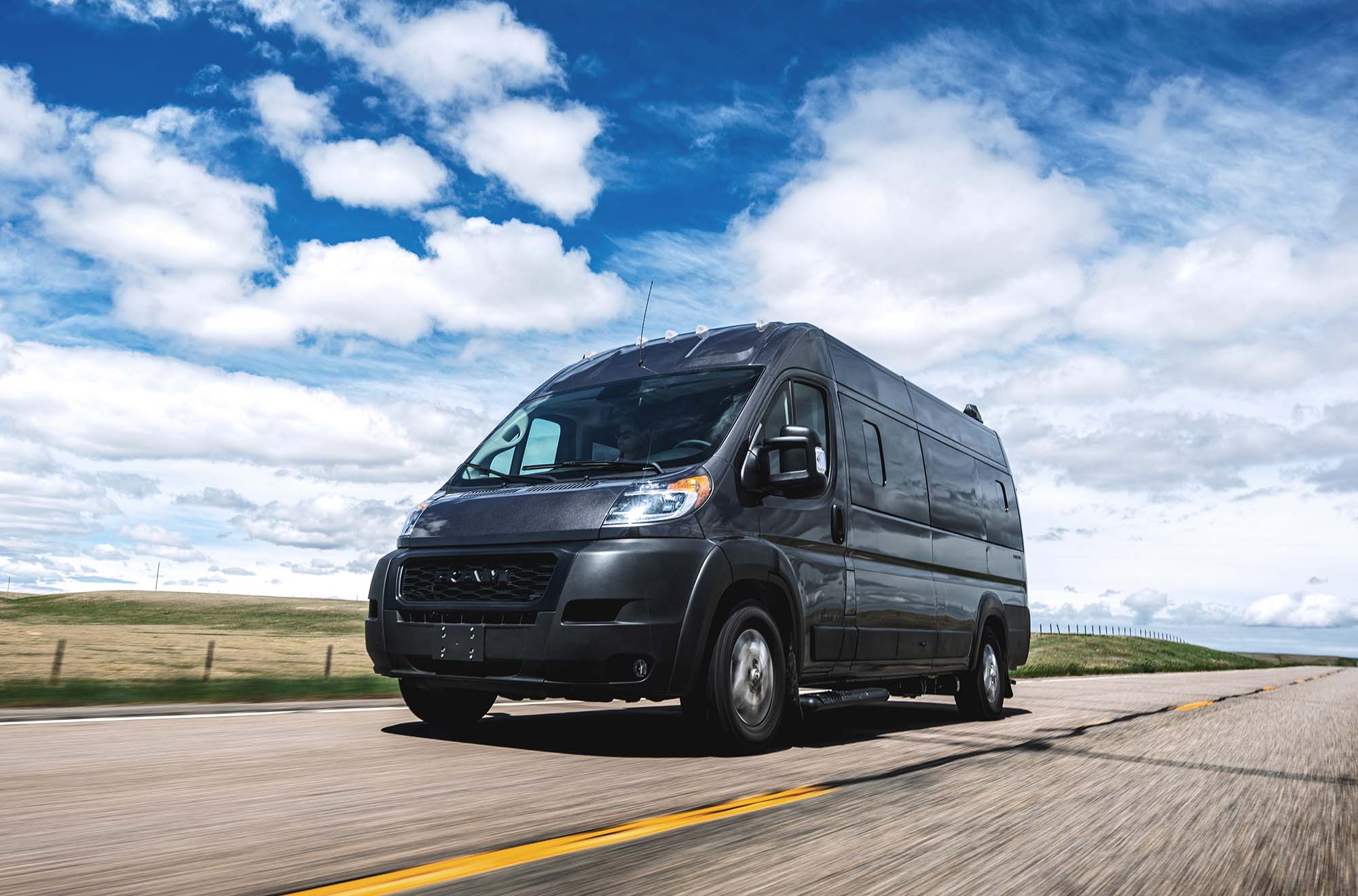 The Airstream Rangeline is an expansion of the 91-year-old company’s motorized offerings. Airstream’s CEO says the van — designed on a RAM chassis — is for the “new travel reality” of greater freedom and flexibility sought by customers.

With the Rangeline Touring Coach, Airstream has designed a vehicle aimed squarely at the fast-growing market for van life vehicles. Airstream built the 21-foot Class B motorhome from the chassis of the RAM ProMaster 3500, a longtime favorite among van lifers, including Alex Honnold.

The Airstream Rangeline offers many of the features van lifers would expect, along with a few additions that will please some travelers and turn away others.

For starters, the Rangeline avoids the solar panels used in many van conversions. Instead, all the vehicle’s onboard systems get power from the gas tank, including its 2.8kW generator.

The van comes with a 3.6L Pentastar V6 engine that provides 276 horsepower and a nine-speed automatic transmission from TorqueFlite — both made by Stellantis. Don’t take the Rangeline up steep mountains, though, as it comes with front-wheel drive only.

While in motion, the Rangeline includes up to four positions with seat belts: two captain’s chairs and a two-seat bench. As for sleeping, the standard configuration offers a two-person bed, with capacity for another two people in the optional pop-top.

As for amenities, the Rangeline has many usual suspects for van life. The kitchen offers a stowable electric stove, fridge, and freezer. There’s also hot water, internal heating, and air conditioning, as well as standard RV hookups. It does have a wet bath as well, including a sink, toilet, and shower.

So how does the Airstream Rangeline manage storage when using the ProMaster Chassis, which offers less interior space than a Sprinter?

Airstream added lightweight, load-carrying panels to both rear doors. The panels are meant for customizable gear storage and easy access to whatever equipment you take on the road.

“We’re in a new travel reality, where freedom and flexibility are top of mind for more and more people,” Bob Wheeler, Airstream President and CEO, said in a press release. “Rangeline is the result of extensive research and dedication to understanding the van life movement and what customers want from their experience.”

Rangeline vs. the Competition

Without 4WD or off-grid capability, the Rangeline seems more appropriate for families on road trips than rugged adventures. However, it’s still a Class B motorhome with a substantially lower price than its competitors with extra bells and whistles.

It’s also a lot cheaper than the Winnebago Revel, another 4WD van life vehicle that still costs $175,000 the last time we checked.

For those who don’t need to reach lots of off-pavement places — but still want a van ready for road life — the Airstream Rangeline offers plenty of amenities at a reasonable price. Check it out on Airstream.com now.