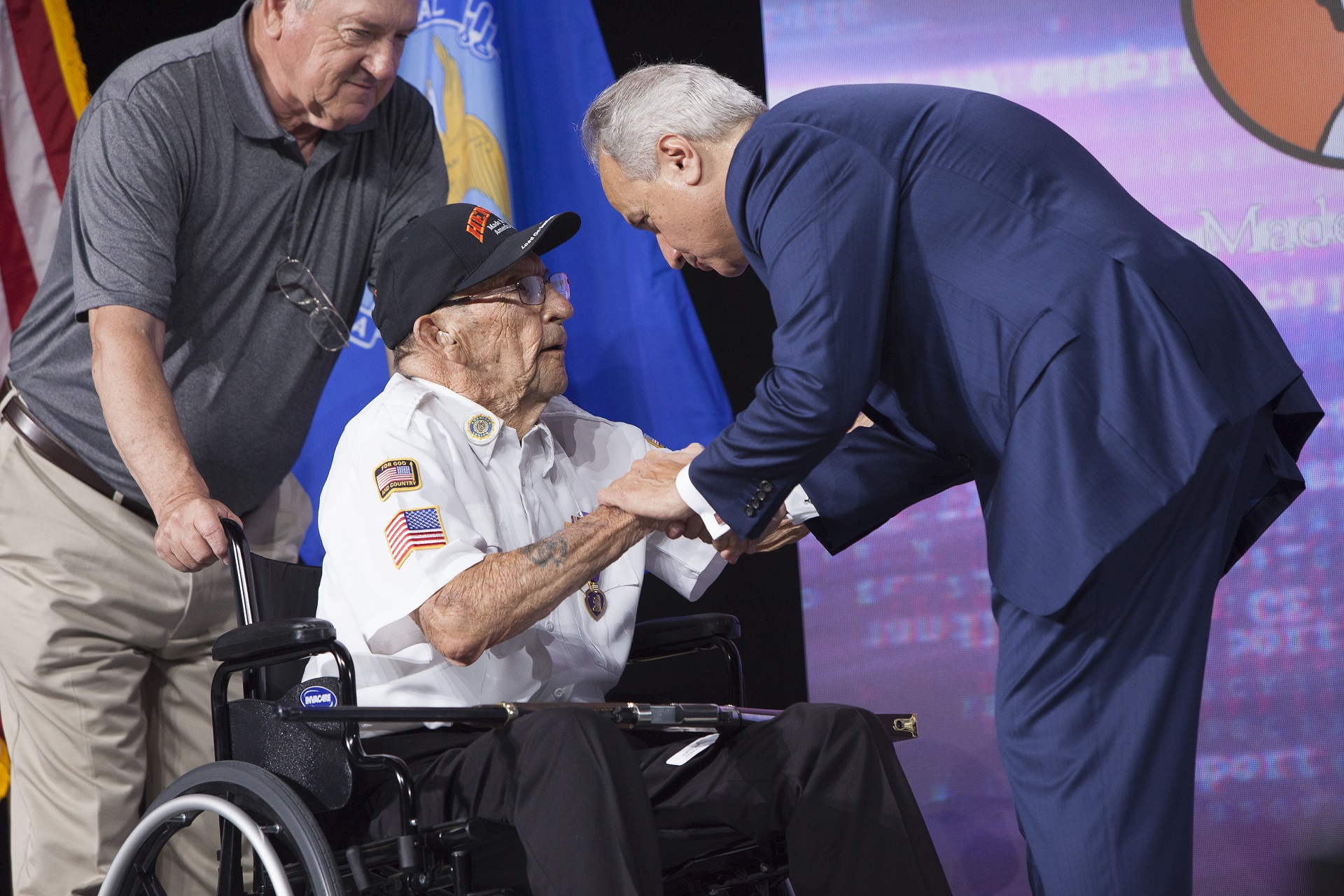 Henry Repeating Arms is an impressive company.  Not only are all of their firearms and merchandise 100% American-made, but they also lead the charge in the world of philanthropy, making a huge difference in the lives of children, veterans, and other worthy causes.  Anthony Imperato, founder and CEO of Henry Repeating Arms, also has a quick message to all of you Veterans on this important day:

The gunmaker’s charitable “Guns for Great Causes” branch delivers donations to Disabled
American Veterans, Building Homes for Heroes, National Veterans Foundation, and more.
RICE LAKE, Wis., Nov. 11, 2022 – Since March 1997, Henry Repeating Arms has been building
America’s favorite lever-action rifles, honoring the country’s military heroes, and proudly supporting
the organizations dedicated to bettering the lives of those who have fought and served. For this
Veterans Day, as an extension of Henry Repeating Arms’ twenty-five-year support and as part of their
$1,000,000 anniversary pledge, the company recently presented cash donations to Disabled
American Veterans, Building Homes for Heroes, and the National Veterans Foundation, for a total of
more than $325,000 donated to military veterans’ organizations this year.
“I have a deep respect for those who answer the call of duty and serve our country, which was
instilled in me by my father, who was a veteran of the Korean War,” said Anthony Imperato, CEO and
Founder of Henry Repeating Arms. “I’ve been blessed to shake hands and present rifles to the
nation’s finest, from Congressional Medal of Honor recipients to World War II heroes like Louis
Zamperini. We will always continue to give back as much as possible to those who allow us to
continue to do business in the land of the free. It’s such a deeply ingrained part of our company
DNA.” 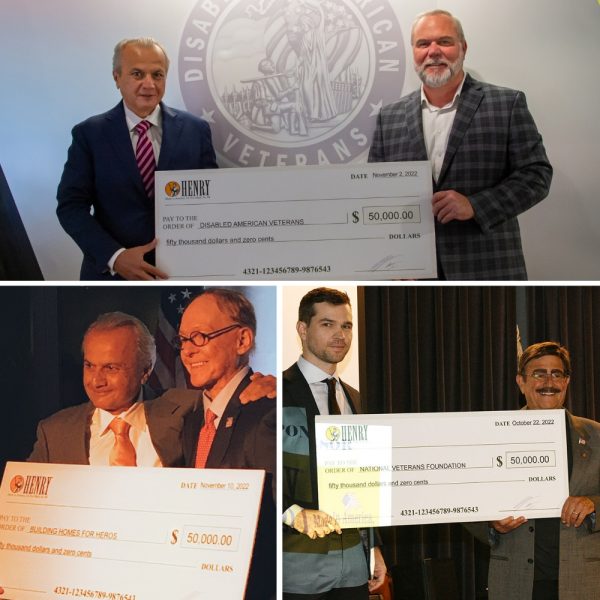 On October 22nd , Henry Repeating Arms Communications Director, Dan Clayton-Luce, presented the
National Veterans Foundation with a check for $50,000 during their 37th-anniversary celebration in
Los Angeles, California. Then on November 2 nd , Imperato presented the Disabled American Veterans
with $50,000 at their headquarters in Cold Spring, Kentucky, followed by another $50,000 to Building
Homes for Heroes on November 10th at their gala in New York City. The recent string of donations is
preceded by several more that occurred throughout the Summer, with the company donating a total
of $175,000 to the Tunnel to Towers Foundation in June, the Veterans of Foreign Wars in July, the
American Legion in August, and the Shadow Warriors Project in September.
Over the years, Imperato has called countless veterans and war heroes to join him on stage to be
presented with Henry’s Military Service Tribute Edition rifle, the company’s permanent salute to
America’s military men and women. Notable recipients include Congressional Medal of Honor
recipients Ty Carter and Don Jenkins, D-Day combat medic Ray Lambert, WWII veteran and Olympic
runner Louis Zamperini, USS Indianapolis survivor Edgar Harrell, and many more.

Imperato concludes, “No matter how much we give back to these men and women and the
organizations that support them, it will never be enough. It’s a debt that cannot be repaid.”
For more information about Henry Repeating Arms and its products, visit henryusa.com or call 866-
200-2354 for a free catalog.

A massive thank you to all of you veterans out there from OutdoorHub as well.  Thank you for safeguarding our freedoms.