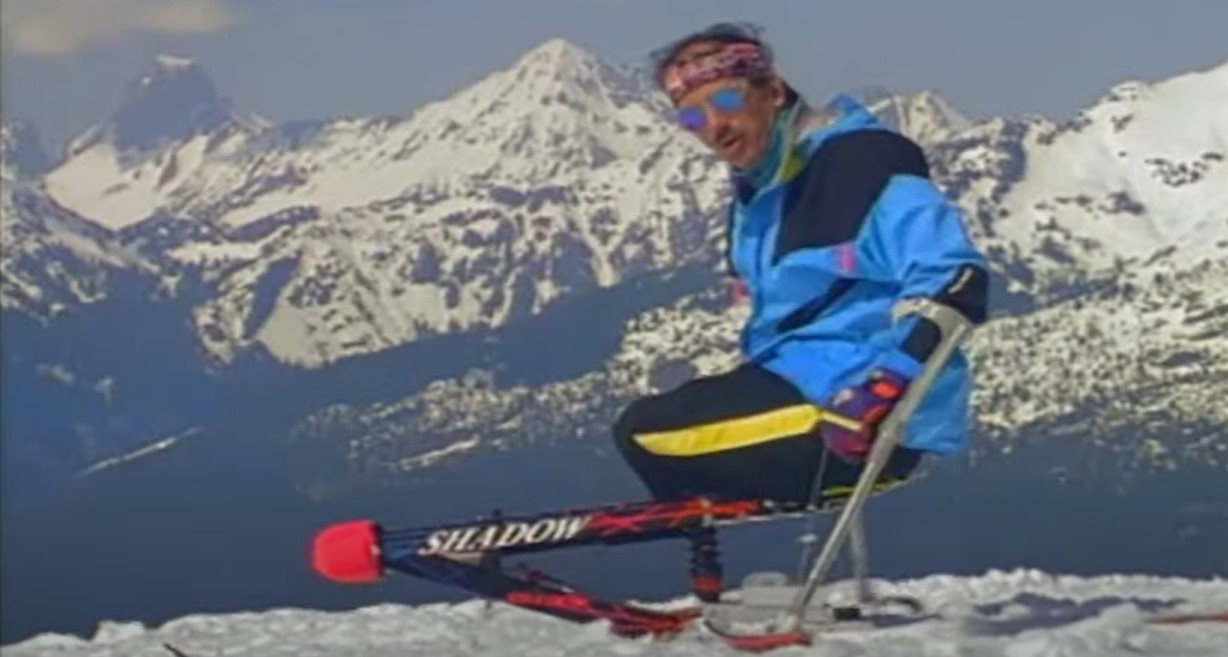 This 1993 classic segment from ‘Soul Sessions and Epic Impressions’ transports us back to the early years of adaptive skiing.

Jim Martinson became a double amputee after an explosion during his Vietnam tour. And fellow skier Jim Tecnnigkeit broke his back in a motorcycle accident. Both men became paraplegic following their injuries.

But neither one of them was about to let the loss of their legs take their love for skiing away from them. They changed their style. And they learned to rip as hard as they ever did before, on an entirely new setup: a sit-ski (or a uniski).

This short segment from the full-length film “Soul Sessions and Epic Impressions” shows both of these adaptive athletes skiing back in 1993.

Martinson and Tecnnigkeit came much later. But both of them helped pave the way for adaptive skiers to continue following their passion. These two badasses were role models, inspiring generations of adaptive skiers who followed in their sit-ski tracks.

Kick back and experience the throwback of ’90s nostalgia with this 2-minute film clip. It’s an inspirational retrospective, showing just how far adaptive skiing has come.

Watch the full version of “Soul Sessions and Epic Impressions” for free at Matchstick Productions.

Gear Bargains: Save on Blankets, Sleeping Bags, Tents, and More
From a Reclining Camp Chair to Kickass Layers: Best Gifts for Outdoorsy Moms
Photo Of The Day By Milan Gonda
Maximize The Light You’re Bestowed, Part 2
Photo Of The Day By Shari Sommerfeld