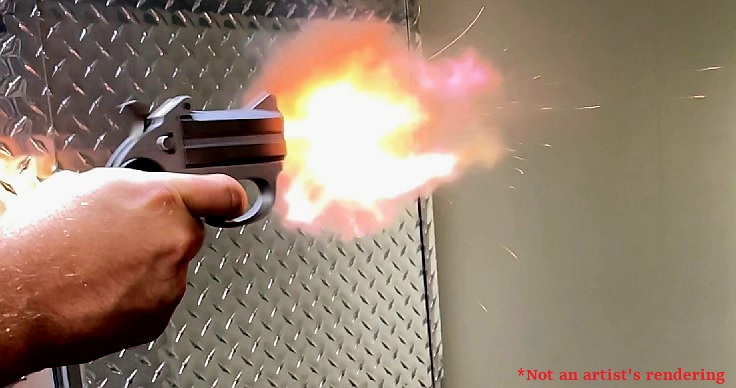 Great as camp guns, truck guns, and easily carried snake guns, Bond Arms has a great reputation for building some of the most rugged and durable handguns in the derringer style. Bond Arms recently announced the addition of two new 22LR handguns including the new Singer RS featuring a 3″ barrel and the new Rawhide 22LR which features a slightly shorter 22LR barrel. Like other bond arms handguns, these two should be able to swap barrels using the simple barrel change system Bond arms is well known for. 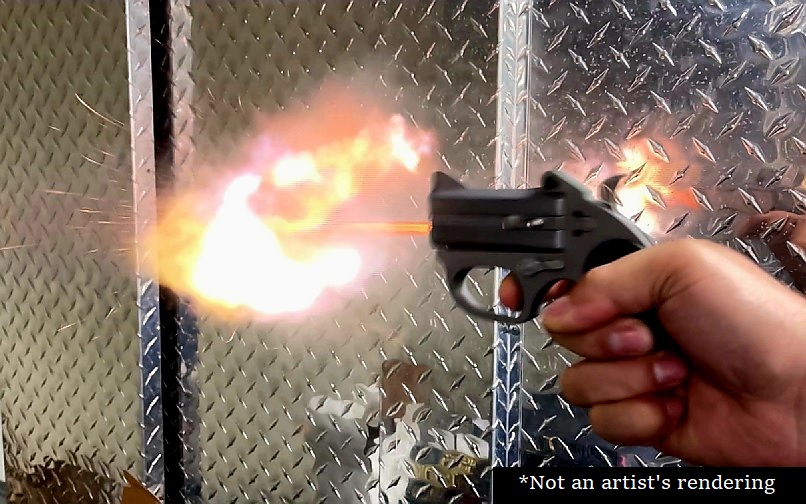 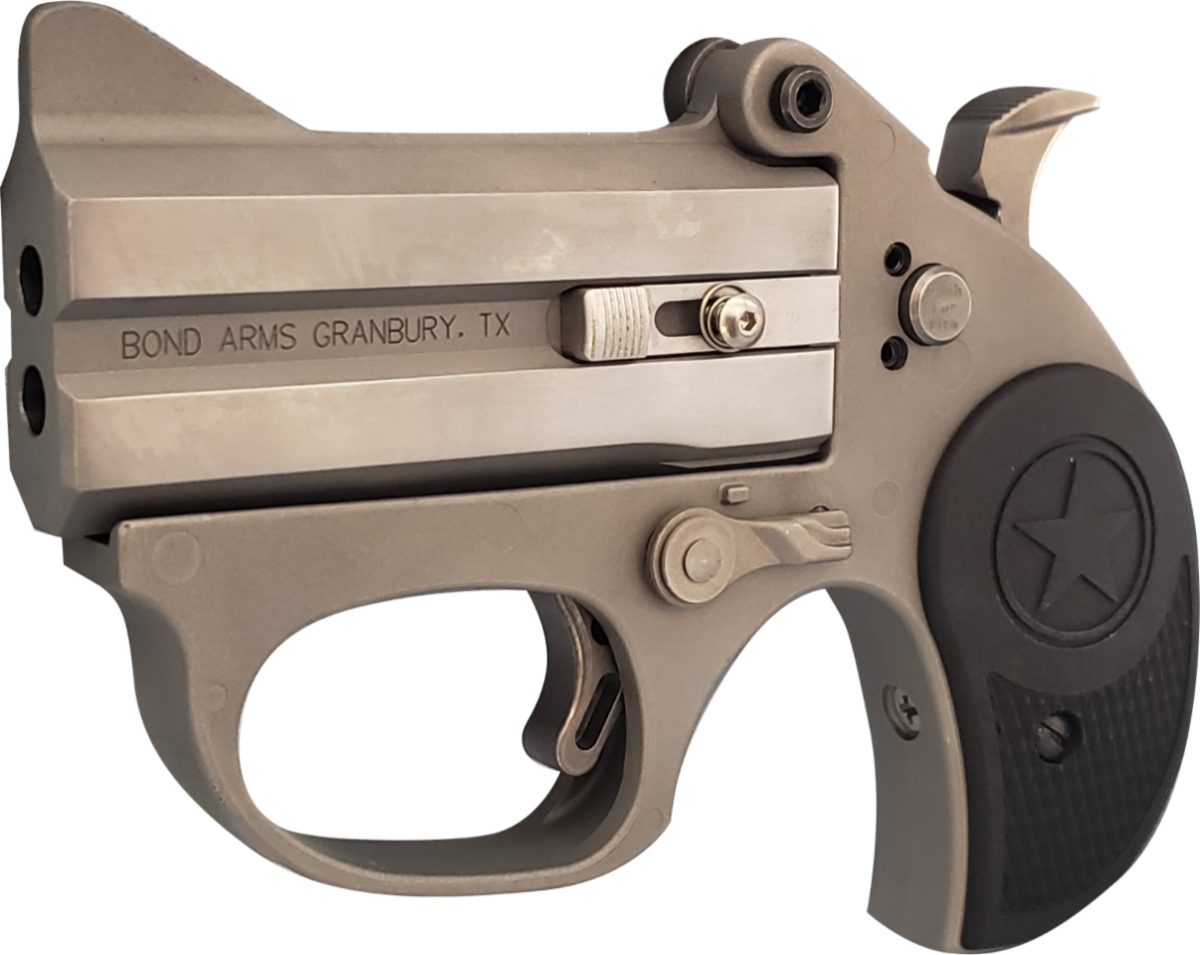 Weighing in at a mere sixteen ounces in overall weight, Bond Arms tools the Stinger RS .22LR with the same fit and finish they are famous for in their centerfire handgun lineup. Holstered for everyday carry, packed in a saddlebag on the ranch, or at home as a backup truck gun, the .22LR Stinger is as versatile as duct tape or baling wire and as handy as a pair of pliers.

The rough and tumble-finished steel is rugged and durable, making the .22LR Stinger RS handgun both functional and handsome. The double barrel design fits easily in hand, while the precision action and trigger are a delight to shoot.

The Stinger .22LR will feature a slightly longer 3-inch rough series barrel, and a glove-friendly trigger guard, but will share the remainder of its features with the Rawhide .22LR. The Stinger RS .22LR will also cost the same amount at $269.00. 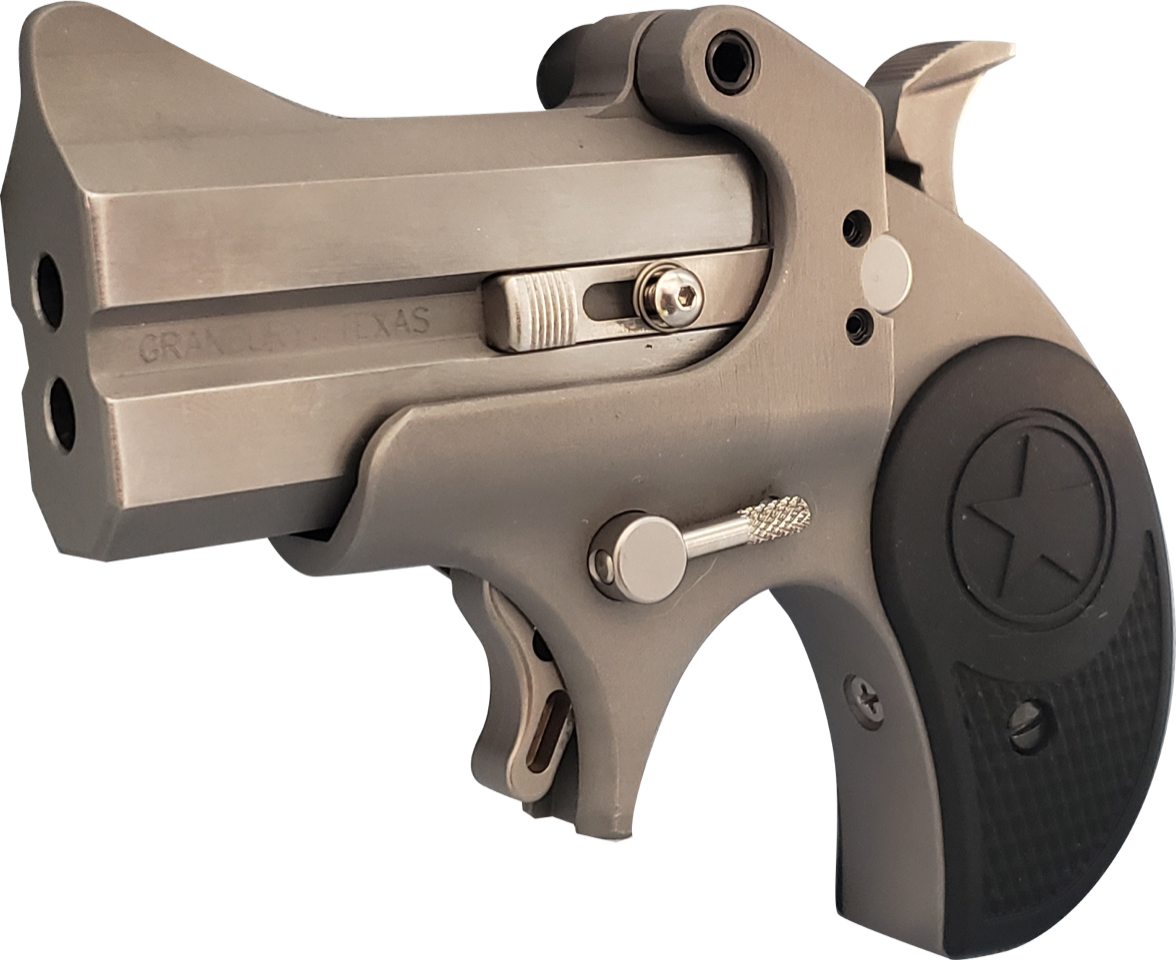 The new .22LR Rawhide is fantastic for plinking and economical practice at the range. Bond Arms’ rimfire handguns are chambered in a classic American cartridge. Shooting is perfect as a camp & ranch handgun or a simple, enjoyable handgun with light recoil and report. The .22LR is big on fun and easy on the wallet.

Made after its namesake, the Rawhide .22LR pistol by Bond Arms is as tough as leather and made for the range. Perfectly at home as an everyday carry handgun or varmint control at camp and the ranch. Bond Arms’ Rawhide .22LR is a classic firearm destined to become a family heirloom.

The rough and tumble-finished steel is durable and handsome, making the .22LR Rawhide handgun tastefully rugged. The double barrel design fits right in hand, while the precision action and trigger are a blast to shoot.

The Rawhide .22LR features a 2 1/2″ barrel, rebounding hammer, retracting firing pins, a cross bolt safety, and nylon panel grips, and like other Bond Arms firearms, can have its barrel swapped out with the simple removal of just one bolt. The Rawhide .22LR will cost $269.00 and is chambered specifically for .22LR.

For more information on the new Rawhide and Stinger handguns from Bond Arms, you can visit their website at http://bondarms.com/ or you can reach out to them directly on Facebook here.