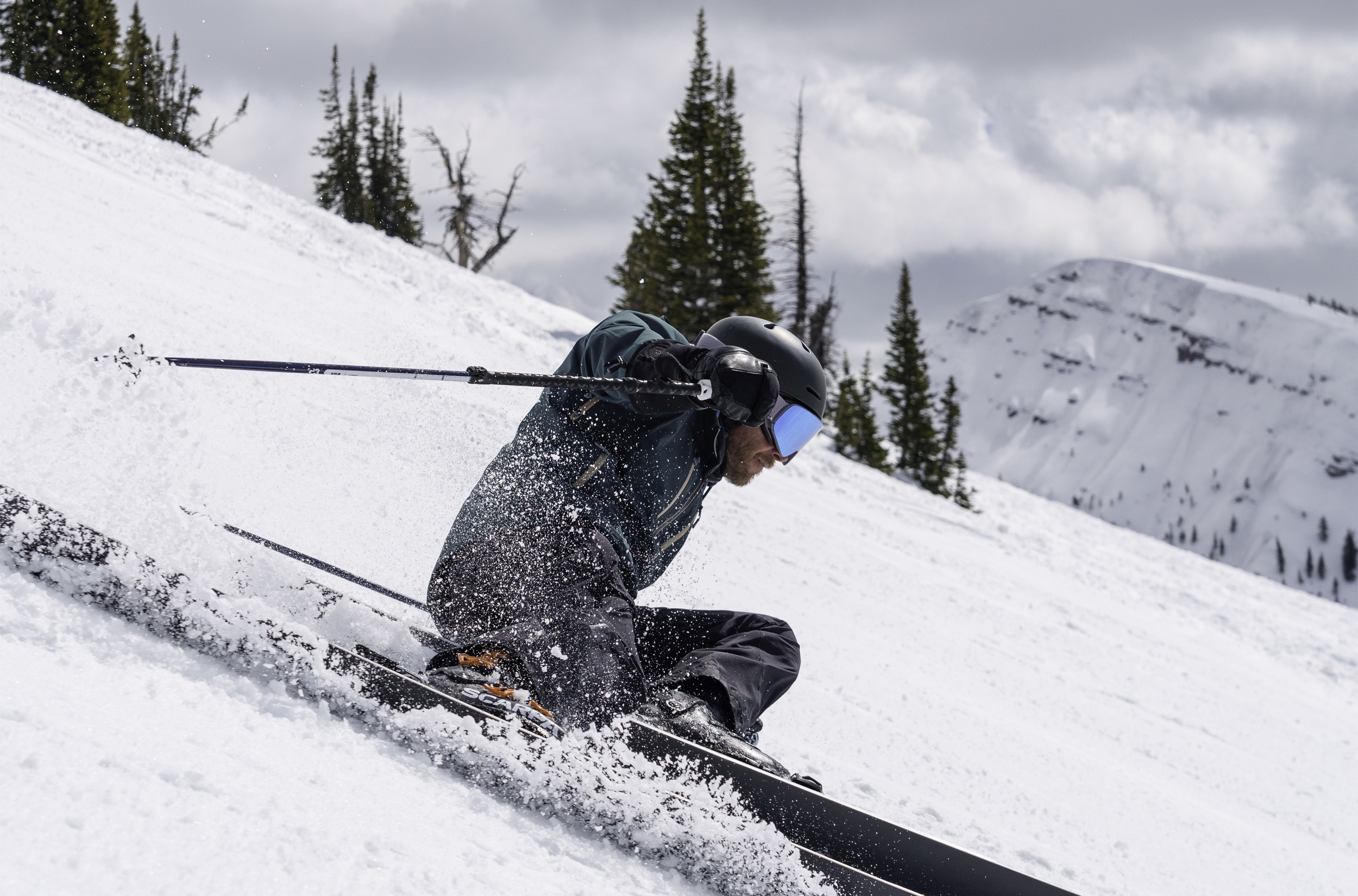 After a career spent modifying his own skis to create optimal performance, Bode Miller and Andy Wirth set out to create a brand that brings peak quality to everyone.

From the first time Bode Miller cut a snowboard in half to create what would become modern sidecut, he knew he had what it took to create skis that optimized performance. His influence in designing his own skis throughout his race career is what helped him become the winningest ski racer in North American history.

At the end of it all, Miller decided to take his deep understanding of gear and create a brand to deliver high-quality skis, direct interaction with consumers, and continued innovation.

In August 2021, Miller, CEO and co-founder Andy Wirth, and their team set to work developing and testing their first line of skis, which just became available in April 2022. The team is looking forward to seeing how their products perform this ski season.

A Revolutionary Feature Born From a Mistake

According to the VP of Product and Content Development Marc Peruzzi, “KeyHole is an inflection point in the flex that makes the ski really easy, and fun, and loose” on entry and exit, while providing power, edge grip, and confidence underfoot.

Miller discovered KeyHole by accident when a pair of skis he used for a race performed suspiciously well. Years after a championship on those skis, he got them back from the manufacturer, tore them apart, and found somewhat of a parallelogram-shaped cut out of the upper metal layer with a dampening plate glued onto it. This mistake became the KeyHole tech that softens up the front of the ski just slightly to improve maneuverability.

Peak Skis Products for This Season

Versatility is the primary factor for this ski. The Peak 98 is designed to take on groomed snow and unpacked boot-deep off-trail snow. Two full sheets of metal around a wood core make it stable, while the revolutionary KeyHole tech provides maneuverability.

The brand refers to this ski as the “Rocky Mountain Daily Driver” for its ability to take on deep resort days with the fat, rockered design. No need to swap skis when all you’ve got to work with is hardpack, though, according to the brand. KeyHole is designed to keep you from washing out in the belly of the turn.

This ski is a lightweight hybrid designed to fit with your gear and accompany you on short tours and bootpacking adventures. The lighter design still incorporates KeyHole to ensure the best possible maneuverability inbounds and out.

One of the main things Peak Skis wants to do differently is to maintain a direct-to-consumer atmosphere. As Marc explains, “There’s this huge disconnect between the consumer and the manufacturer, and we’re trying to take away all of that middle stuff and be able to communicate directly to our customers.”

No one is going to know how to better address any issues you have with your skis than the manufacturer and design team, and Peak Skis wants to make sure that no matter how big they grow as a company, consumers can always call and speak to the team when they have a question or concern.

The other primary priority for the brand is its commitment to innovation. So many details of modern ski design are thanks to Miller’s contributions, including modern sidecut, the stance of modern ski boots, and the level of ankle articulation that can be performed in modern ski boots.

He is among many North American minds who have led ski innovation worldwide over the past several decades. And Peak Skis is proud to continue that legacy and lead the charge in creating the best ski experience for every type of skier, through fresh and optimal design.