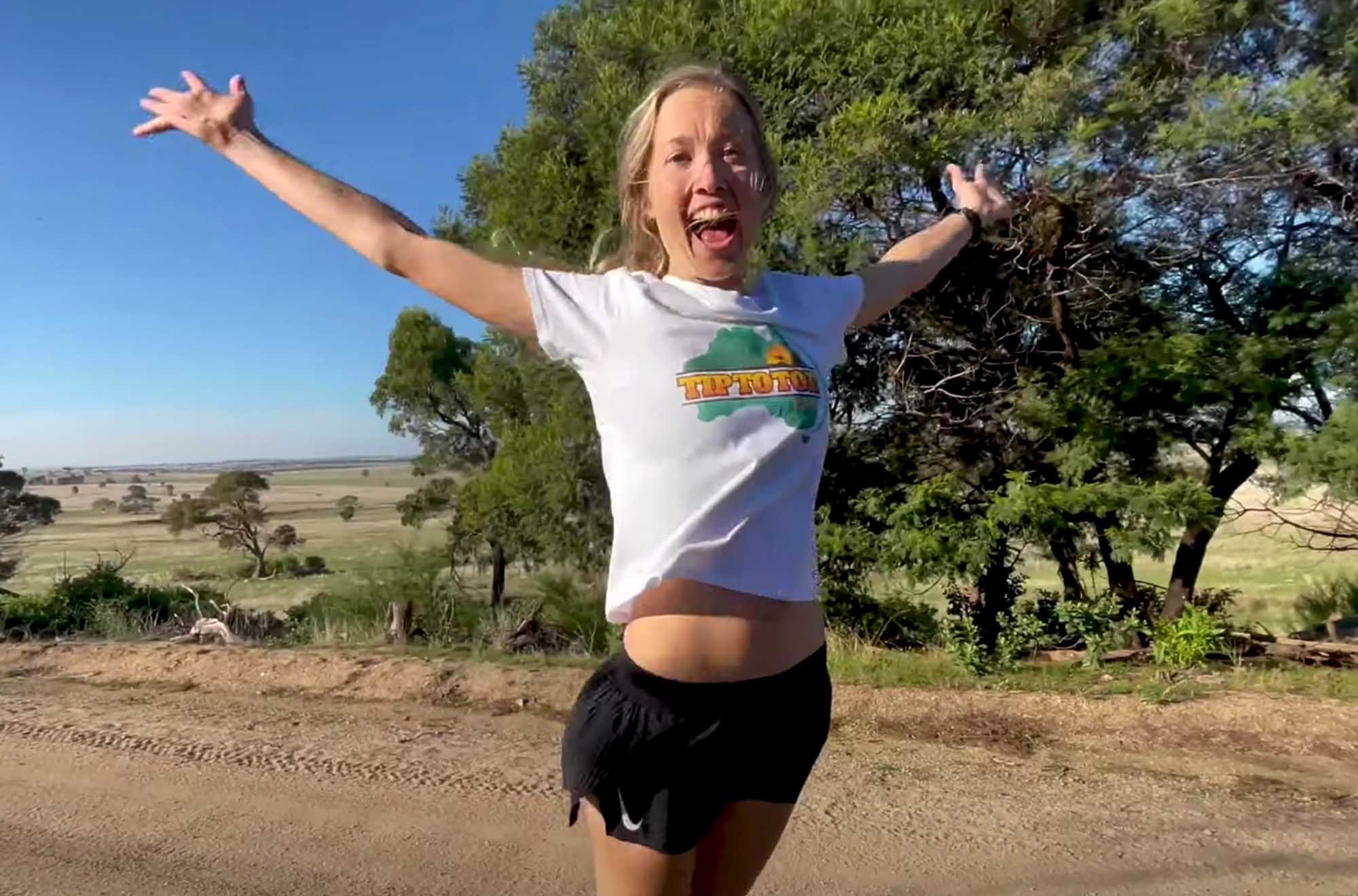 After 5 months of running the equivalent of a marathon every day, Erchana Murray-Bartlett finished her journey across Australia this week.

A 32-year-old Aussie runner has set a new world record for consecutive daily marathons by a woman.

In addition to the new Guinness World Record, Murray-Bartlett was running to raise money for a conservation charity, The Wilderness Society. She raised $70,000 during her journey across Australia, which she called Tip to Toe 2022.

“Yesterday was everything,” she wrote on Instagram on Monday. “When I stood on the start line on August 20th, I never could have imagined what the next 22 weeks would bring … I can’t put into words how good crossing that finish line felt, and to be honest, I think I’ll be processing for a few weeks, months, and even years to come.”

Trading One Goal for Another

Murray-Bartlett has pursued running professionally for many years. When she missed out on qualifying for the 2020 Tokyo Olympics, she decided on a new goal: running the length of Australia and setting a new female record for consecutive marathons.

To state the obvious: It wasn’t always easy. Murray-Bartlett experienced three injuries during the first 3 weeks of the journey, the BBC reported.

But Murray-Bartlett persevered, and her body adapted as she ran along her country’s coasts, rainforests, dirt roads, and highways. She ran through torrential rain and intense heat.

The journey also served to raise awareness for Australia’s extinction crisis. Many of the island nation’s plants and animals are found nowhere else — yet 500 of them are threatened with extinction.

“Tip to Toe has been 147 days of problem solving, and river crossings are just small example of them,” Murray-Bartlett wrote on Instagram. “It’s built resilience, abstract-thinking, patience, and, of course, strength to continue in the face of exhaustion.”

Throughout the trip, Murray-Bartlett highlighted her country’s biodiversity on social media, visiting places like Yarra Ranges National Park along the way.

When she finally crossed the finish line Monday evening, flanked by hundreds of supporters, she learned she’d raised nearly double her fundraising target. Surrounded by family, friends, and the many people who ran portions of the journey with her, Murray-Bartlett said she felt overwhelmed by the support.

“I haven’t quite processed it yet,” she said in an interview with Australia’s The Project. “They’re all here with me now so I think it’s going to be a big night of celebrations. Well, a big 2 hours until I fall asleep, anyway.”